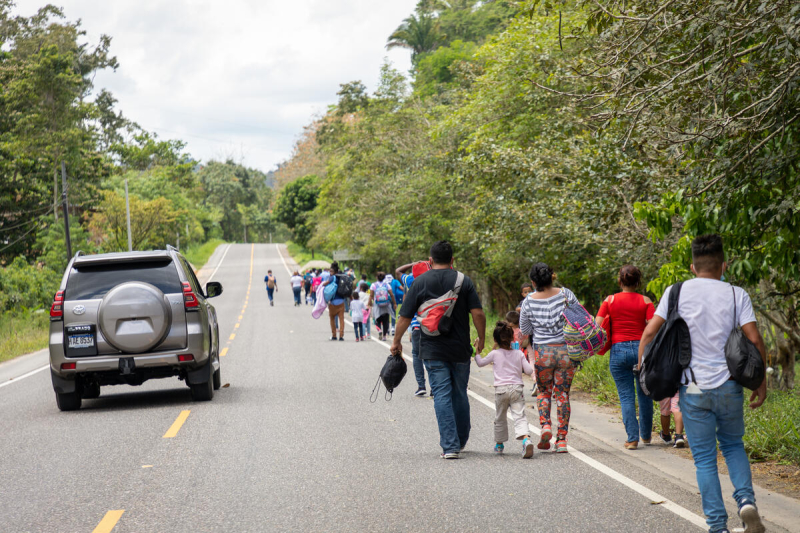 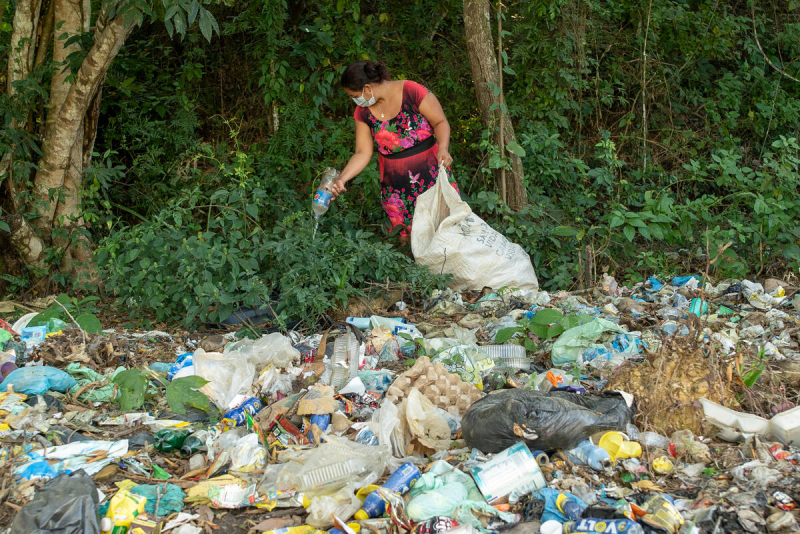 Poverty, food insecurity, climate shocks and violence pushed an estimated annual average of 378,000 Central Americans to migrate to the United States over the past five years, highlights a new report. A high price is paid in human and economic costs, including an estimated $2.2 billion a year to travel regularly and irregularly.

Drawing from a unique survey of thousands of migrant-sending households in three Central American countries — El Salvador, Guatemala and Honduras — a joint report by the Migration Policy Institute (MPI), the United Nations World Food Programme (WFP) and the Civic Data Design Lab at the Massachusetts Institute of Technology (MIT), with support from the Inter-American Development Bank (IDB) and the Organization of American States (OAS), takes an in-depth look at the motivations and costs of migration.

Data collected through face-to-face and online surveys reveals an over five-fold increase over just two years in the percentage of people who considered migrating internationally: 43 percent in 2021, up from 8 percent in 2019. However, only a fraction — 3 percent — actually made concrete plans to migrate. Family separation and high costs associated with migrating were cited as deterrents.

Most migrants, 55 percent, were said to have hired a smuggler at an average cost of US$7,500 per person, while migrating through legal channels came at a cost of U$4,500. For 89 percent of people, the United States was their intended destination country.

The report sheds light on the linkages between food insecurity and migration from Central America, noting that food-insecure people are three times more likely to make concrete plans to migrate than people who are not.

Food insecurity has seen a dramatic rise in Central America as the economic fallout of the COVID-19 pandemic and poverty continue to make it harder for families to feed themselves. As of October 2021, WFP estimates that the number of food-insecure people in El Salvador, Guatemala and Honduras grew three-fold to 6.4 million, from 2.2 million people in 2019.

In addition, migration flows have been driven by violence and insecurity, as well as climate-related shocks such as severe droughts in the Central American Dry Corridor and more frequent and stronger storms in the Atlantic. The devastating twin hurricanes that hit Central America in November 2020 contributed to the deterioration of living conditions for populations that were already vulnerable.

While highlighting the push factors of migration from Central America, the report also presents governments with a blueprint to address its root causes, including initiatives that are linked to economic recovery, livelihoods and food security for people who are most likely to migrate irregularly.

The expansion of national social protection programs that help alleviate poverty and eradicate hunger for at-risk populations is key to stemming migration. For example, cash-based transfers are a lifeline for people in need, allowing families to meet their essential needs. School feeding programs offer more than a plate of food. They support local agriculture and represent savings for poor families.

Furthermore, the report recommends economic development and investment initiatives that are tailored to community needs, giving people the option to seek opportunities at home. These include agricultural programs for smallholder farmers to build resilience to climate shocks, diversify crops and boost production, as well as job training programs for youth and women in rural and urban areas. Creating incentives for the diaspora to invest in public works in local communities would amplify the impact of remittances beyond individual households.

To shift irregular migration to legal channels, the report recommends that the United States and other migrant-destination countries in the region expand legal pathways for Central Americans, for example by increasing access to temporary employment visas.