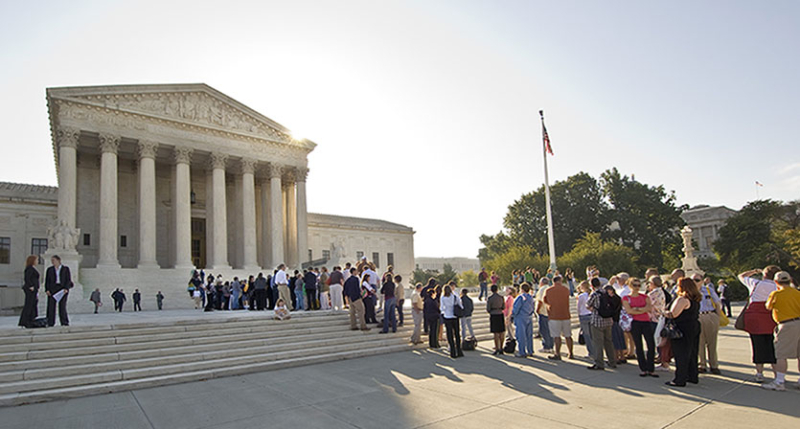 Amy Howe on SCOTUSBLOG reports that

"At the suggestion of the Biden administration, the justices sent a case involving derivative citizenship – that is, citizenship for children born outside the U.S. whose parent becomes a U.S. citizen after their birth – back to the lower courts for another look. The case arose after the petitioner, Abdulmalik Abdulla, who was born in Yemen to Yemeni parents and came to the United States as a lawful permanent resident, was convicted on fraud charges and sought to ward off deportation by contending that he had obtained U.S. citizenship through his father, who had become a U.S. citizen when Abdulla was 10 years old."

The case is Abdulla v. Garland.   The Supreme Court granted the petition for certiorari granted, vacated the judgment vacated, and remanded to case to the U.S. Court of Appeals for the Third Circuit for further consideration.

To whom it may concern.

I am a US Citizen that got deported. According to the US Immigration Law I am a Derived Citizen through my Mother. I came to the states in 1988 on an immigration visa through my mother and father. My mother became a US citizen in 1994 and at that time I was only 14. I was married to a US citizen and have 2 US citizen children that live in the United States. On July 2nd 2007 at San Pedro immigration court Judge D. D. Stigraves granted me Derivative Citizenship. I did not have the need to get my US passport because I had no plans to travel. I got arrested and then was in ICE custody. I kept telling them that I am a US citizen and they are making a mistake but all they kept saying is where is my US passport. I ran out of funds for lawyer fees and I do not know the law. The judge gave me a voluntary departure but the consulate for India took a long time for an Indian passport and it turned into a deportation. I was deported in 2012. It said I can not come back for 10 years. I have been in India for 9 years now and started to contact a few lawyers who know the derivative citizenship law and they are all saying that I got illegally deported and I should not have waited so long to contact them. After being advised by the lawyer I went to the US embassy to get my US passport and filled out the DS11 and paid all the fees. I have explained my story to them and even denied my passport. I am just trying to come back home and I need help. My mother (Shirley Dass) is there all alone and is having heart issues. My full name is Kunal Noble Dass. Her full name is Shirley Elizabeth Dass. Please help me. I want to come back home.I am an Alien in this country. I cant even read or write their language. I have no friends here at all. I do not relate to these people. I am an American 100%. On July 2nd 2007 stating that Judge D. D. Sitgraves granted me Derivative Citizenship also it has proof of when I left the US. This all proves my case and that I am a US citizen. All I am asking is to come back home. My mothers number is (714)383-2642 and she is living at 7155 Santa Inez Circle, Buena Park, CA 90620.