Immigration Article of the Day: Terrorism and the Inherent Right to Self-Defense in Immigration Law by Faiza Sayed, California Law Review 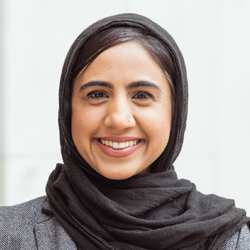 Terrorism and the Inherent Right to Self-Defense in Immigration Law by Faiza Sayed, 109 California Law Review 615 (2021)

The Immigration and Nationality Act (INA) deems an individual inadmissible to the United States for having engaged in terrorist activity. Both “engaged in terrorist activity” and “terrorist activity” are terms of art that are broadly defined under the INA to include activity that courts, scholars, and advocates agree stretches the definition of terrorism. An individual found inadmissible on terrorism-related grounds is barred from nearly all forms of immigration relief, including adjustment of status to lawful permanent resident, refugee status, asylum, withholding of removal, and cancellation of removal. These INA provisions, meant to exclude terrorists from accessing immigration relief, have been perversely interpreted to deny relief to individuals who have taken actions in self-defense, although state and federal courts, state constitutions, and scholars alike describe self-defense as a right so fundamental as to be inherent. There is no principled reason to deny noncitizens the right to present a self-defense justification with respect to acts that may otherwise qualify as terrorist activity in the immigration context. In fact, when properly interpreted, the INA as currently written already excludes force used in self-defense from the definition of terrorist activity; the challenge lies in the fact that the current exclusion is too burdensome for adjudicators to apply properly and too narrow to shield all individuals who have taken actions in self-defense from being denied immigration relief. Given this perplexing state of affairs, Congress should adopt reforms to ensure that the government does not deny immigration relief to individuals who have exercised the most basic of rights—that of self-preservation. These reforms can accomplish two desired immigration law goals: excluding terrorists and providing protection to individuals fleeing persecution.