Immigration Article of the Day: The Call for the Progressive Prosecutor to End the Deportation Pipeline by Talia Peleg 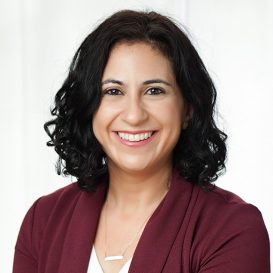 The Call for the Progressive Prosecutor to End the Deportation Pipeline by Talia Peleg, Georgetown Immigration Law Journal, Forthcoming

“Progressive prosecutors” seek to redefine the role of the prosecutor and question the purpose of the criminal legal system, ushering in the need to reexamine the scope and substance of their duties toward all, but particularly immigrant defendants, seeing as they suffer outsized punishment for most criminal offenses. Ten years ago, Padilla v. Kentucky broke ground in finally recognizing that defense counsel is constitutionally obligated to advise immigrants of the clear risks of deportation associated with a plea. Nevertheless, immigrants ensnared in the criminal legal system have since faced deportation at ever-increasing rates. Given the entwinement of immigration and criminal law, organizers and scholars have recognized that local prosecutors serve as gatekeepers to the federal criminal removal system. Yet, prosecutors around the country wildly differ in their treatment of immigrant defendants, at times ignoring or misusing this gatekeeping role.

In the last decade, new prosecutorial goals — ensuring fairness and equity, promoting community integrity, tackling disproportionate treatment of Black and brown communities in policing and incarceration, addressing root causes of crime — have gained increasing popularity, by some. Decriminalization and decarceration have been tools utilized to meet these goals. The specific goals strived for by self-described progressive prosecutors require an examination of their treatment of non-citizens given the prosecutor’s outsized role in determining immigration consequences and application of an immigrant’s rights lens to current practices. Their policies toward immigrant defendants to date have been tepid and at times, harmful.

Yet, careful study reveals “progressive prosecutors” have expansive obligations to immigrant defendants — rooted in the progressive prosecution movement’s own rhetoric about the appropriate role of the prosecutor and the underlying purposes of the criminal legal system, prosecutorial ethical and professional standards, and Supreme Court jurisprudence. The progressive prosecutor’s duty is simple — to utilize their powers to avoid the double punishment of criminal sentence and deportation. This means ensuring that policy choices that purport to support communities of color and poor communities do not neglect immigrant defendants, thereby creating disproportionate consequences for this population.

Due to the immigration consequences that might flow from any contact with the criminal legal system, progressive prosecutors need not only look at their role in plea negotiations, but beyond. A progressive prosecutor’s work then is to first, understand her role as gatekeeper to the federal deportation machine and second, act to stop feeding it. This Article proposes a series of guidelines and policy recommendations prosecutors can institute toward these ends, including institutional changes as well as the adoption of specific practices that consider immigration consequences at all stages of criminal proceedings – arrest, conviction, sentencing and beyond. This might include the creation of an immigrant integrity unit to audit and revamp all areas of practice to establish policies like the expanded use of declination, the encouragement of pre-arrest diversion and a prohibition on information sharing with ICE.

“Progressive federalism” suggests that by taking these kinds of actions, progressive prosecutors will move closer to securing proportionate outcomes for immigrants in the criminal legal system. While federal immigration reform remains stymied, adoption of a robust immigration agenda by the local prosecutor will simultaneously begin to disentangle the criminal and immigration systems and influence immigration enforcement policy on a national level.