Immigration Article of the Day: Special Education No Man's Land by Adrian Alvarez 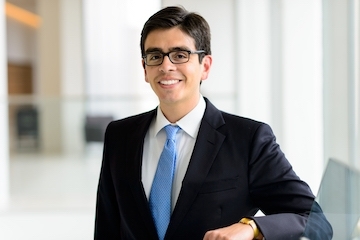 Unaccompanied minors with disabilities are being harmed because the federal regime that cares for them fails to consider how their disabilities may affect their needs while in custody. Although there are several ways in which disabled children are harmed by this regime, this Article focuses on the government’s failures in providing appropriate educational services to unaccompanied minors with disabilities while in Office of Refugee Resettlement-funded shelters (“ORR shelters”). Specifically, ORR does not require its shelters to provide unaccompanied minors with disabilities special education and related services under the Individuals with Disabilities Education Act (“IDEA”). Additionally, states provide no educational services to children in ORR shelters, including services under the IDEA. Since at least 2003, the U.S. Department of Education (“ED”) has issued letters explaining that neither state nor local school districts are required to extend the IDEA’s substantive and procedural protections to children with disabilities in federal prisons. This practice would appear to cover children in ORR custody. If this is a correct interpretation of the statute, then there is an entire class of children with disabilities in federal custody who are living in a special education no man’s land. Although this Article focuses on unaccompanied children in ORR custody, the ED’s statutory interpretation affects children with disabilities in the custody of other federal agencies, including Immigration and Customs Enforcement (“ICE”), the Federal Bureau of Prisons (“BOP”), and the U.S. Marshals Service.