Hope Springs Eternal? In migrant communities across the U.S., hopes that the Senate majority leader can deliver immigration reform 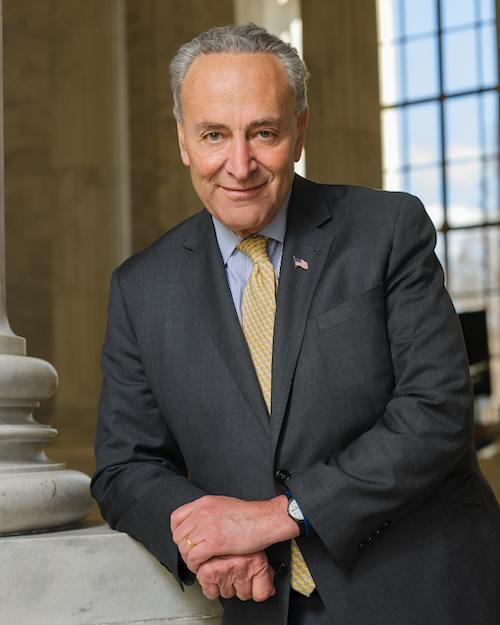 Official U.S. Senate Picture
For decades, Congress at various times has taken up immigration reform.  Presidents Bush, Obama, and now Biden ran for President with promises of prodding Congress to pass immigration reform.
Maria Sacchetti  for the Washington Post reports on the latest effort at immigration reform in Congress:
"The fates of approximately 11 million immigrants in the United States illegally are in the hands of the U.S. Senate, where  [Senator Charles] Schumer is leading Democrats in a precarious bid to pass a budget that would introduce sweeping changes to health care, the tax code and education. And it would grant `lawful permanent status' to undocumented immigrants, putting them on the path to U.S. citizenship.

Schumer . . . hopes to cover as many undocumented immigrants as possible in the $3.5 trillion budget plan that Senate Democrats adopted last month. Lawmakers and legislative aides are furiously working to produce drafts of the bill for the caucus to review by Sept. 15.

The House passed a pair of bills in March that would have legalized millions of immigrants, but those measures had little hope in the Senate, where Republicans and Democrats are divided 50-50 and bills need 60 votes to pass. But the Senate can pass a budget bill with a simple majority, using an arcane legislative procedure called `reconciliation,' . . . .

Passage is far from assured, but Democrats unanimously adopted the budget plan hours after they voted for the bipartisan infrastructure bill, and progressive Democrats say they will not vote for one without the other."  (bold added).