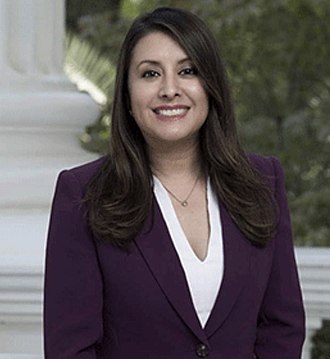 As I have blogged about before (and first wrote about in 1997), alien terminology in the immigration laws dehumanizes people and leads to the imposition of harsh policies on noncitizens.

Kim Bojórquez for the  The Sacramento reports that California yesterday eliminated from state law the use of the word "alien." Governor Gavin Newsom signed Assembly Bill 1096, by Assemblywoman Luz Rivas (D-Arleta) removing the word "alien" from the California code. Rivas previously told The Bee that she was inspired by President Joe Biden's  plan to remove the term from federal law in favor of the word "noncitizen."

"As the nation's most diverse state, we are stronger and more vibrant because of our immigrant communities," said Newsom in a statement "This important legislation removes the word 'alien,' which is not only an offensive term for a human being, but for far too long has fueled a divisive and hurtful narrative. By changing this term, we are ensuring California's laws reflect our state's values."

Assemblywoman Rivas office released the following statement with the signing of the bill:

“Today marks a huge step forward in the fight to dismantle institutional racism targeted specifically towards our immigrant communities,” said Assemblywoman Luz Rivas. `For decades, the term "alien" has become weaponized and has been used in place of explicitly racial slurs to dehumanize immigrants. The words we say and the language we adopt in our laws matter – this racist term "alien" must be removed from California statute immediately. I want to thank Governor Newsom for recognizing the importance of this bill and taking action to remove derogatory language from our laws.'”

“The word ‘alien’ has no right to be in California statute – no human being is an ‘alien,’” said long-time civil rights activist Dolores Huerta. "It is insulting and dehumanizing to have that terminology in our laws. Words are powerful instruments and history has shown us how they can be used to justify institutional racism and even violence. I want to thank Governor Newsom for signing this important measure.”

“Using the outdated term ‘alien’ to describe a person is dehumanizing, and AB 1096 will change that,” said Lieutenant Governor Eleni Kounalakis. “As a daughter of an immigrant, I understand the weight that the word ‘alien’ carries, and the impact of this bill becoming law. I commend Governor Newsom for solidifying this effort to change the narrative around immigration in California.”

California’s legislature first introduced “alien” into statute in 1937,  Kim Bojórquez for the  The Sacramento writes.  She further observes that "[i]n the 1990s, people began to use the word `alien' as a dog whistle to express bigotry and hatred without using explicitly racist language."