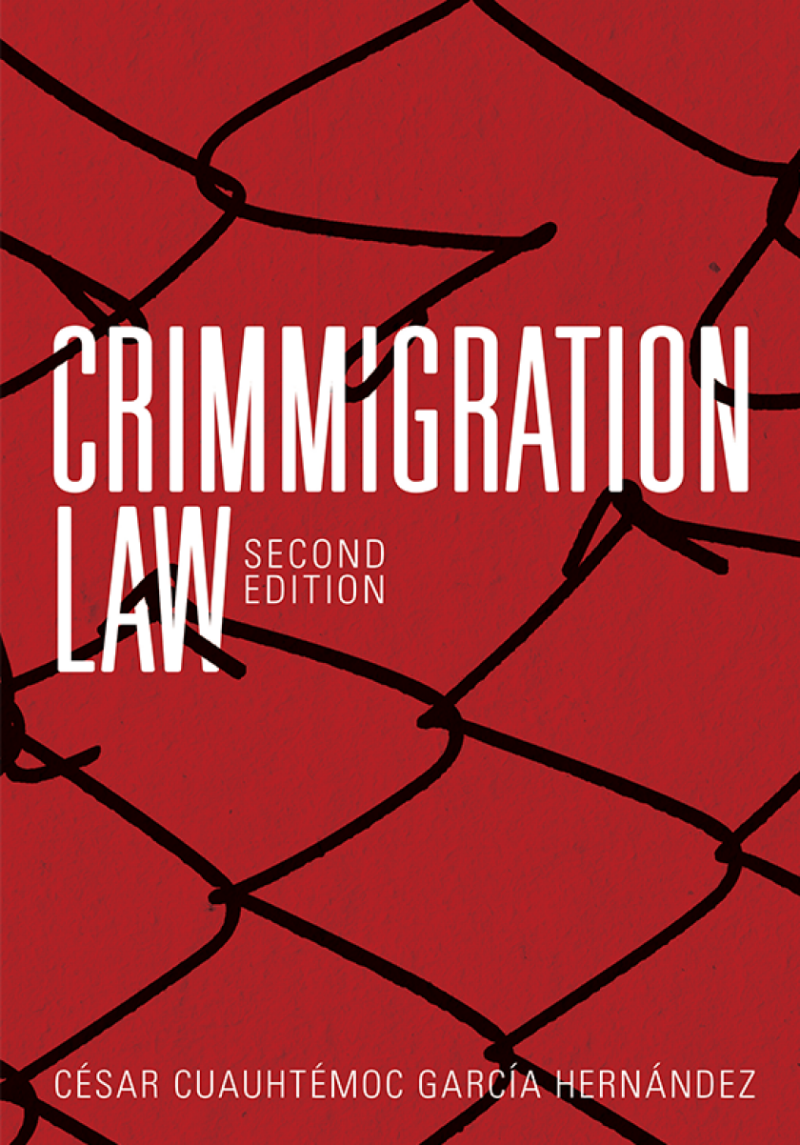 The second edition of Crimmigration Law by Cesar Cuauhtemoc Garcia Hernandez is now available.  Here is the publisher's description:

With this in mind, Crimmigration Law lays out crimmigration law’s contours. It tracks the legal developments that have created crimmigration law and explains the many ways in which the stark line that once appeared to keep criminal law firmly divided from immigration law has melted away. In doing so, it highlights crimmigration law’s most salient features—its ability to substantially raise the stakes of criminal prosecutions by dramatically expanding the list of crimes that can result in removal from the United States, its willingness to freely rely on crimes that apply only to migrants, and its vast dependence on detention as a means of policing immigration law.

This book is intended to provide readers with a fundamental understanding of this developing area of law. It includes case studies and `problem scenarios' that place the concepts discussed within each chapter in a real-world context in addition to `practice pointers' designed to give crimmigration lawyers and students of crimmigration law tips and techniques to help them implement the tools into their daily practice."