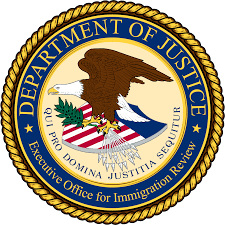 On May 28, 2021, the Department of Homeland Security and the Department of Justice announced a new "Dedicated Docket" process for families arriving at the border who are released from custody and placed in removal proceedings. Immigration judges are being told that they need to resolve cases assigned to these "Dedicated Dockets" within 300 days of the initial immigration court hearing.

So far, eleven cities have been assigned to the program: Denver, Detroit, El Paso, Los Angeles, Miami, Newark, New York City, San Diego, San Francisco, Seattle, and Boston. Although these cities were selected because of their more robust nonprofit base, nonprofit leaders in these very cities have raised serious concerns about these dedicated dockets and the ability of individuals placed in these sped-up proceedings to find counsel.

An important new report just released by TRAC at Syracuse University gives the first up-close look at how cases are being processed in this new program. According to their detailed report, "[t]he Immigration Court has recorded placing 4,866 people comprising approximately 1,700 families onto their dedicated docket. This compares with 108,102 individuals in family units that the Border Patrol reported apprehending between ports of entry along the southwest border during June and July this year."