Erica Sullivan is a Japanese-American swimmer and won silver in the 1,500 meter freestyle, finishing behind her USA teammate Katie Ledecky. Sullivan told reporters after the event that she is familiar with Japan and fluent in Japanese, having visited family in Japan many times while growing up with a mother who is a Japanese citizen and U.S. green card holder.

"It's just awesome that I get to do this and really set a landmark for women and also get to do it in Japan where I have half my famly."

In her press conference, Sullivan spoke in fluent Japanese to reporters about her upbringing and training as well as her pride in being ethnically Japanese and representing the LGBTQ+ community. She remarked that she feels like the "epitome of the American person" to be "on the podium, in Japan, as an Asian American woman whose mother is not a U.S. citizen. Her grandfather served as an architect on some of the Olympic venues in Japan. She also remarked that she is proud to win in a historical women’s event for the first time as someone who "likes women" and identifies as being gay. Her parting repartee: "I'm multicultural. I'm queer. I'm a lot of minorities. That's what America is."

Her inspiring press conference can be watched here. 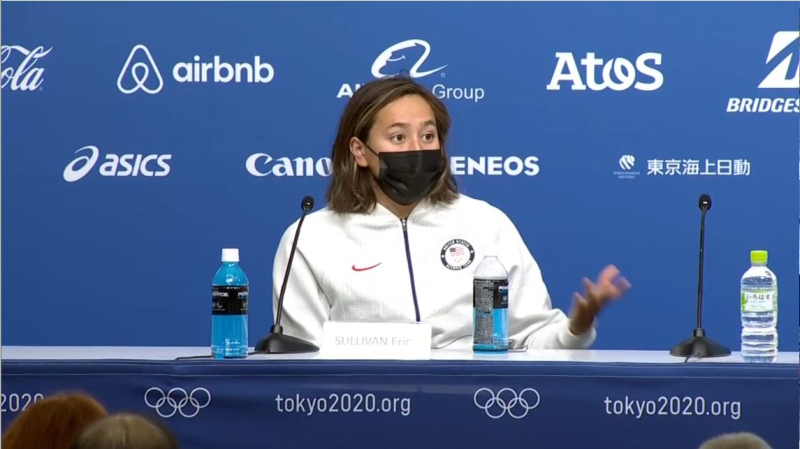