Immigration Article of the Day: Learning to Detain Asylum Seekers and the Growth of Mass Immigration Detention in the United States by Smita Ghosh and Mary Hoopes 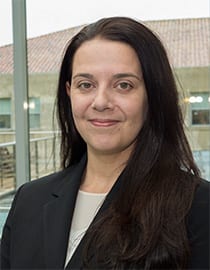 The Immigration Article of the Day is: Learning to Detain Asylum Seekers and the Growth of Mass Immigration Detention in the United States by Smita Ghosh and Mary Hoopes. The article is published in 2021 in Law & Social Inquiry and available for download on SSRN.

Here is the abstract:
Drawing upon an analysis of congressional records and media coverage from 1981 to 1996, this article examines the growth of mass immigration detention. It traces an important shift during this period: while detention began as an ad hoc executive initiative that was received with skepticism by the legislature, Congress was ultimately responsible for entrenching the system over objections from the agency. As we reveal, a critical component
of this evolution was a transformation in Congress’s perception of asylum seekers. While lawmakers initially decried their detention, they later branded them as dangerous. Lawmakers began describing asylum seekers as criminals or agents of infectious diseases in order to justify their detention, which then cleared the way for the mass detention of arriving migrants more broadly. Our analysis suggests that they may have emphasized the dangerousness of asylum seekers to resolve the dissonance between their theoretical commitments to asylum and their hesitance to welcome newcomers. In addition to this distinctive form of cognitive dissonance, we discuss a number of other implications of our research, including the ways in which the new penology framework figured into the changing discourse about detaining asylum seekers.