Netflix's Army of the Dead: "U.S. Constitutional Law -- Not In Effect"

The Army of the Dead, now streaming on Netflix, is a totally solid zombie flick. The first 14 minutes are genuinely fabulous -- totally worth watching on their own merit. The latter hour+ has some pretty wide plot holes but is nonetheless generally enjoyable.

But where's the immigration angle?, you may be asking.

Without spoilers, I can tell you that the zombies are corralled into one quarantine zone. And when our heroes enter that zone, they pass this sign: 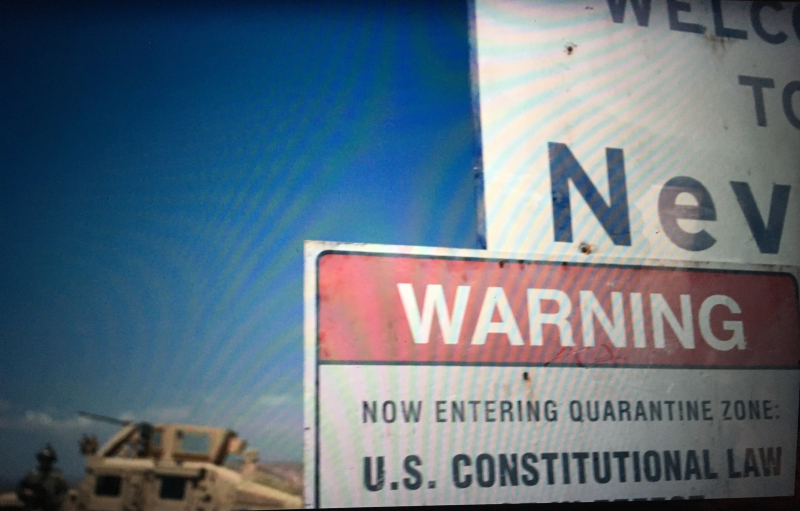 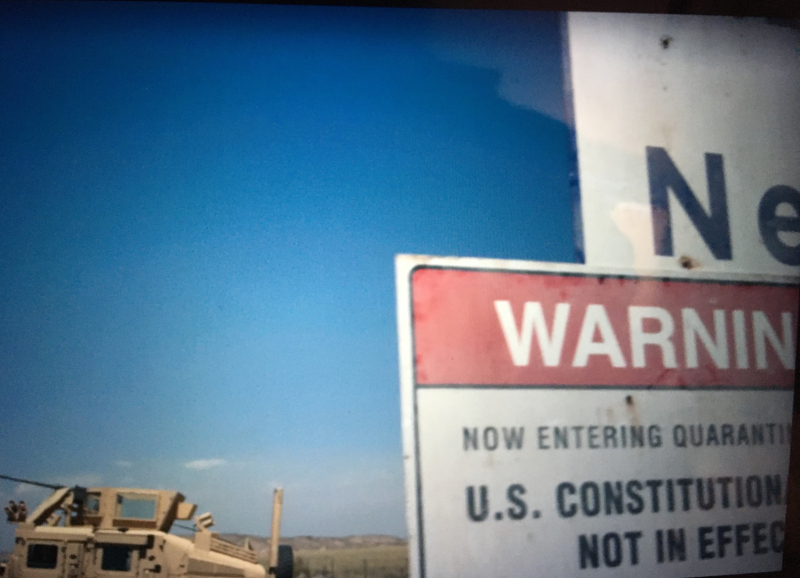 It's a super bummer that no single screen shot captures the whole sign. It's panned over so requires more than one still. But it's a fun sign to see and think about as immigration law scholars. (If someone is a super good editor and can get me a .gif or .mp3 of that pan, beer's on me.)

Many of us teach about the border and the vagaries of constitutional rights in that particular locale. The ACLU has gone so far as to call the entire border + 100 miles inland a "constitution free zone" -- a bit of  hyperbole though, as you know, less hyperbolic if we restrict our view to ports of entry themselves.

Anyhoo, pop culture enthusiasts might think about making an Army of the Dead reference during their next border-conlaw class. Not to mention the endless hypo possibilities: "Should the Government’s interest in preventing the entry of unwanted persons and effects from a zombie-infested zone be at the same 'zenith' as its interests at the international border, as discussed in Flores-Montano?"