The Biden administration appears to be adopting immigration changes.  Although some of the changes are receiving press attention, such as the dismantling of the Migrant Protection Protocols, many are receiving less attention.

Molly O'Toole for the Los Angeles Times reports that immigration enforcement officials have been "quietly deploying a new app, CBP One, which relies on controversial facial recognition, geolocation and cloud technology to collect, process and store sensitive information on asylum seekers before they enter the United States, according to three privacy-impact assessments conducted by the Homeland Security Department and experts who reviewed them for The Times."  The app was launched in October 2020, near the closing days of the Trump administration.

Rebecca Beitsch for the Hill that, moving in a very different direction than President Trump, the Biden administration is affording trial attorneys more discretion over which cases to pursue or drop.  "A memo to Immigration and Customs Enforcement (ICE) prosecutors allows the agency's lawyers to drop cases against green card holders and those who are elderly, pregnant or have serious health conditions or have been in the U.S. from an early age, according to a memo obtained by The Hill. . . . .  It also advises lawyers to weigh other `compelling humanitarian factors,' like whether a defendant is a caregiver or the victim of a crime."  As summarized by Hamed Aleaziz for BuzzFeed,

" The guidance, written by chief ICE attorney John Trasviña, a President Biden appointee, was sent to prosecutors on May 27 and represents a shift in how the agency pursues deportation orders in immigration court by emphasizing the discretion prosecutors have in court. While it does not require prosecutors to toss cases, it could lead to more immigrants having the ability to push for delays or dismissal of their deportation cases." 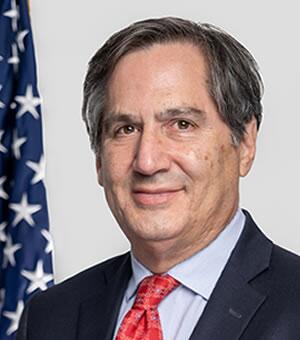 John Trasviña previously was dean at USF law and former head of the Mexican American Legal Defense and Educational Fund.