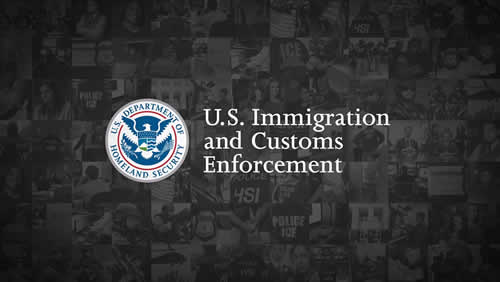 Immigration & Customs Enforcement (ICE) has been criticized for allegedly retaliating against noncitizens for their political activity.  An ACLU press release describes a report that focuses on the treatment of hunger strikers in immigrant detention:

"A new report from the American Civil Liberties Union and Physicians for Human Rights (PHR) provides for the first time an in-depth, nationwide examination of Immigration and Customs Enforcement’s abuse and retaliation against people who initiate hunger strikes in U.S. immigration detention to protest their conditions of confinement.

`Behind Closed Doors: Abuse and Retaliation Against Hunger Strikers in U.S. Immigration Detention' spotlights hunger strikes in ICE detention from 2013 to 2020, during both the Obama and Trump administrations. Informed by more than 10,000 pages of previously undisclosed documents obtained under the Freedom of Information Act, the report covers hunger strikes by at least 1,378 people from 74 countries across 62 public and private immigration detention centers in 24 states from 2013 to 2017. Additionally, the ACLU and PHR researchers conducted six in-depth interviews with formerly detained individuals who participated in hunger strikes during the COVID-19 pandemic in 2020. ICE’s failure to protect detained people from the deadly virus only exacerbated the detention conditions that many hunger strikers protested.

The ACLU-PHR investigation offers an unprecedented look at the scale and scope of ICE’s cruelty and coercion against hunger strikers in immigration detention facilities. The report highlights how ICE began seeking, obtaining, and executing orders for involuntary treatment, including force-feeding, years earlier than was publicly reported. Involuntary medical procedures like force-feeding have been condemned by the American Medical Association and described as torture by international human rights groups."