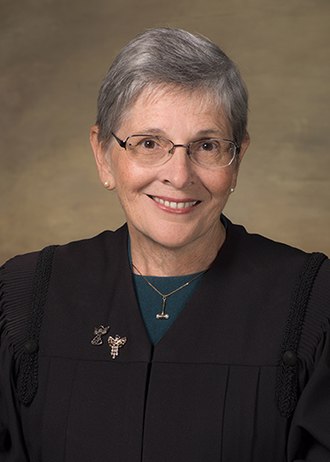 Daniel Wiessner for Reuters reports on a decision by the U.S. Court of Appeals for the Third Circuit earlier this week that is "the latest to rule that immigration judges have the authority to indefinitely close deportation cases while awaiting rulings in related proceedings, rejecting the conclusion of Trump-era Attorney General Jeff Sessions."

The Third Circuit held the Board of Immigration Appeals should have allowed Mexican citizen Abner Arcos Sanchez to ask a judge for "administrative closure" of his removal case so he could seek to renew his Deferred Action for Childhood Arrivals  (DACA) status. Joining the Fourth and Seventh Circuits (and disagreeing with the Sixth Circuit), the court rejected Sessions' opinion in Matter of Castro-Tum (2018) that the immigration courts lacked the authority for administrative closure.

District Court Judge Marilyn Horan (U.S. District Judge for the Western District of Pennsylvania, sitting by
designation) wrote for the majority.  The introduction to the opinion reads as follows:

"Abner Antonio Arcos Sanchez petitions for review of the Board of Immigration Appeals’ (“Board”) decision dismissing his appeal of an Immigration Judge’s (“IJ”) denial of his application for asylum, withholding of removal under 8 U.S.C. § 1231(b)(3), and withholding of removal under the Convention Against Torture (“CAT”). The Board also denied Arcos Sanchez’s request for remand to the IJ for administrative closure, which would have given time for renewal of his Deferred Action for Childhood Arrivals (“DACA”) status. On this latter issue, the Board cited then Attorney General Sessions’ decision in Matter of Castro-Tum, 27 I. & N. Dec. 271 (A.G. 2018). The Board determined that the IJ and the Board did not have authority to administratively close proceedings, unless a regulation or a previous judicially approved settlement expressly authorizes such an action” as set forth in Castro-Tum. A.R. 4. As such, remand for consideration of administrative closure, while Arcos Sanchez pursued DACA status renewal, was denied. For the reasons we discuss below, we grant Arcos Sanchez’s petition for
review, vacate the Board’s decision, and remand for proceedings consistent with this opinion."

UPDATE (may 10);:  For analysis of the Sanchez decision by Cyrus Mehta, see this article.  He acknowledges the split in the circuits and concludes: