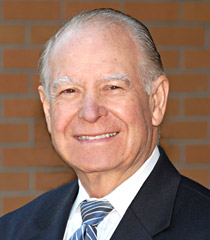 Yesterday, we have lost a civil rights icon and immigration reformer.  The first Latino on the California Supreme Court, Cruz Reynoso, passed away yesterday after a long illness. He celebrated his 90th birthday last weekend.

Here is a story on Cruz's passing in the Los Angeles Times.

"On May 7, 2021, former California Supreme Court Associate Justice, law professor, and civil rights activist Cruz Reynoso passed away at age 90, surrounded by his family. Reynoso was born on May 2, 1931 in Brea, California to Francisca Ramirez Reynoso and Juan Reynoso. Cruz was one of eleven children. Cruz along with his father and brothers worked as migrant farm workers.After high school, Cruz decided to go to college and attended Fullerton Community College, and then Pomona College. After graduation, Cruz was drafted into the U.S. Army where he served on the Counterintelligence Corp. While serving in the Army, Cruz was stationed in Washington D.C. where he met his first wife, Jeannene Harness. They married in 1956 and raised four children together. Jeannene passed in 2007 and in 2008 Cruz married Elaine Rowan. Elaine passed in 2017.

Cruz earned his law degree from Boalt Hall at UC Berkley in 1958. After which he practiced law in El Centro, California. In 1968 Cruz became the director of California Rural Legal Assistance, the first state-wide legal services program. In 1972 Cruz became a law professor at University of New Mexico. In 1976, Governor Brown appointed him to be a Justice of the 3rd District Court of Appeals. In 1982, Brown appointed Cruz to be the first Mexican American to serve on the State Supreme Court. After leaving the Court in 1987, Cruz practiced law once again. In 1991 Cruz began teaching law at UCLA. In 2001 UC Davis offered Cruz the Boochever and Bird Chair designed to promote freedom and equality. Cruz accepted and taught at UC Davis until 2017.

Cruz worked for the Equal Employment Opportunity Commission under the Johnson administration, was appointed by President Carter to serve on the Congressional Select Commission on Immigrant and Refugee Policy. President Clinton appointed Cruz to be the vice-chair of the U.S. Commission of Civil Rights and in 2000 gave Cruz the Presidential Medal of Freedom for his work in Social Justice.  Cruz also served on Barak Obama’s transition team.

Cruz is survived by four brothers, four sisters, his four children and their spouses (Trina and Duane Heter, Ranene and Bob Royer, Len and Kym ReidReynoso, Rondall and Pamela Reynoso) along with two stepchildren and their spouses (Dean and Laudon Rowan, Hali Rowen and Andy Bale) seventeen grandchildren, three step grandchildren and two great grandchildren. Cruz is greatly loved and will be greatly missed. In lieu of flowers feel free to donate to the Cruz and Jeannene Reynoso Scholarship for Legal Access UC Davis School of Law - Alumni & Giving - Giving - scholarships - Scholarships: Cruz and Jeannene Reynoso Scholarship for Legal Access. 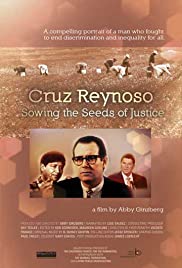 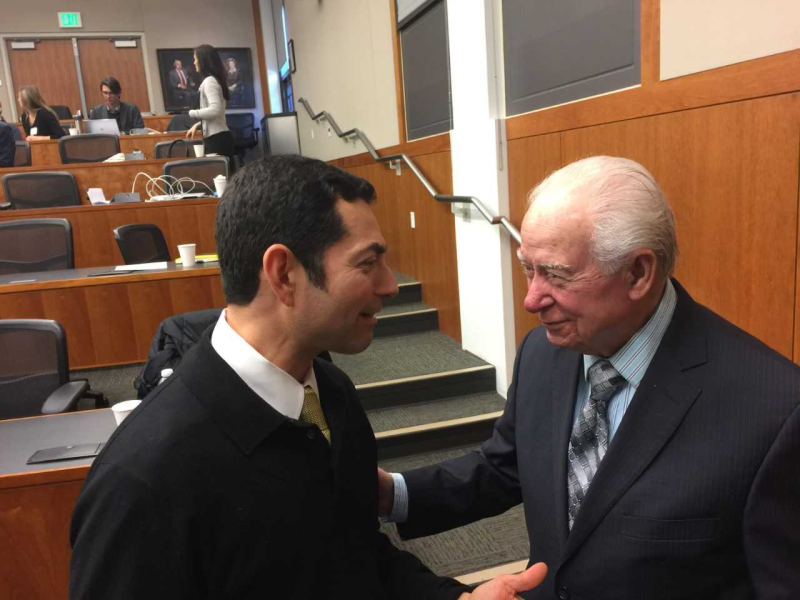 Cruz Reynoso, fourth from the left, with some First Generation  mentorship program students and faculty

I had the honor of being Cruz's colleague for years at UC Davis.  We first met when he was a Justice on the California Supreme Court and I was a newly-minted attorney working in San Francisco.  Later, I had a chance to get to know him as a colleague at UC Davis School of Law, where Cruz ended his illustrious and path-breaking career.  As two early risers, we talked in the mornings regularly about current events, law, politics, families, taquerias, and the like.  As Cruz often said, he had a "justice bone" that was quick to challenge injustice.  He was as decent and genuine as anyone I have ever known and will be missed dearly.

Cruz came to UC Davis after a stint at UCLA School of Law.  Then-Dean Rex Perschbacher made it his mission to bring Cruz to UC Davis.  Besides teaching and writing (including a partially completed autobiography), Cruz was active in the UC Davis and greater community.  He, for example, chaired a task force reviewing the police use of pepper spray against protesters. Cruz also investigated the killing of a farmworker by  Yolo County law enforcement.  Cruz once told me that he found civil rights work more rewarding than the "boring" work of completing his autobiography.

Upon Cruz's retirement, I had a fascinating interview with him for the UC Davis archives.  Here is the video.