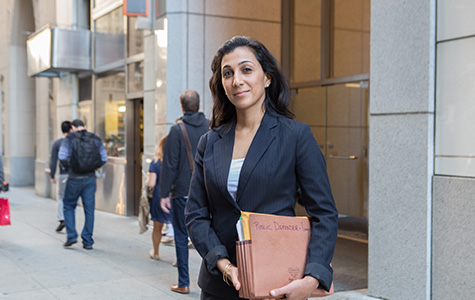 Check out this story on "Marked Man:  An ICE Informant, MS-13, and the Long Campaign to Deport Walter Cruz-Zavala" by Ryan Devereaux for The Intercept.   It is a detailed and amazing story that prominently features a former professor in the UC Davis Immigration Law Clinic:

"IN JANUARY 2014, northern California’s Alameda County made history, becoming the first county in the state to devote a portion of its public defender’s office to immigration defense. At the head of the legal effort was Raha Jorjani, a former law professor and expert on the intersection of criminal justice and immigration enforcement. It was through that program that Jorjani first met Walter Cruz-Zavala."