Immigration Article of the Day: Help Me to Find My Children: A Thirteenth Amendment Challenge to Family Separation by Ndjuoh Mehchu 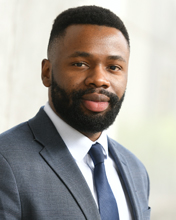 Help Me to Find My Children: A Thirteenth Amendment Challenge to Family Separation by Ndjuoh Mehchu, Stanford Journal of Civil Rights and Civil Liberties, Vol. 17, No. 1, 2021

The Trump Administration’s forced separation of migrant families at the U.S.-Mexico border is an international fault line in the global human rights framework. The scope, severity, and urgency of the issue speak clearly to the need for a diversity of strategies to protect migrant groups. With that in mind, this Article draws attention to a thus-far overlooked source of protection for migrant families facing separation — namely, the Thirteenth Amendment to the U.S. Constitution. While it is familiar history that the Thirteenth Amendment was passed to eradicate the system of slavery and involuntary servitude, courts, scholars, and practitioners continue to underappreciate the extent to which the Amendment prohibits practices with a colorable referent to those that sustained the institution of slavery. Indeed, a central aspect of slavery was the denial of dignity and the fundamental human right to the sanctity of the family, and a central preoccupation of the Thirteenth Amendment’s architects was to prevent enslaved families from being ripped asunder. Highlighting parallels between the breaking up of Black families that reinforced the institution of slavery and the situation at the U.S.-Mexico border, this Article argues the involuntary separation of migrant families falls within the heartland of the Thirteenth Amendment’s protections and should be outlawed as an “incident of slavery” by Congress or the courts.

If one thing should be intuited from the current national reckoning with racism in the United States, it is that efforts to dismantle systems of oppression should proceed with due attention to the historical context from which the systems exist. A Thirteenth Amendment lens for evaluating the Trump Administration’s family separation practices achieves two goals: (1) it ties the violation to historical practices that impacted marginalized groups other than migrant families and accordingly may help to broaden the coalition of advocates fighting to shore up protections for migrant groups; and, (2) it makes the Congressional or judicial response more meaningful as a matter of public morality because it advances a narrative that centers the breaking up of migrant families as a failure by Congress and the courts to satisfy their constitutional duty to eliminate the kind of subjugation that was a hallmark of America’s original sin.

very sad I really have no words just so sad