From the Bookshelves: José M. Alamillo, Deportes: The Making of a Sporting Mexican Diaspora 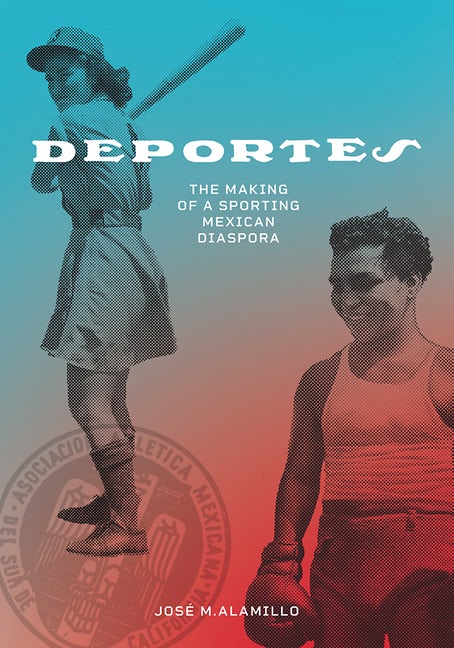 In this online book talk, José M. Alamillo, professor and chair of the Chicana/o Studies Department at CSU Channel Islands, will discuss his new book, Deportes: The Making of a Sporting Mexican Diaspora (Rutgers University Press, 2021). Spanning the first half of the twentieth century, Deportes uncovers the hidden experiences of Mexican male and female athletes, teams and leagues and their supporters who fought for a more level playing field on both sides of the border.  Despite a widespread belief that Mexicans shunned physical exercise, teamwork or “good sportsmanship,” they proved that they could compete in a wide variety of sports at amateur, semiprofessional, Olympic and professional levels. Professor Alamillo will be introduced by Genevieve Carpio; assistant professor of Chicana/o and Central American Studies at UCLA; Rudy Mondragón, doctoral candidate in Chicana/o and Central American studies at UCLA, will moderate the Q&A.

RSVP via Eventbrite.  The link will be sent to registrants the day before the event. This webinar will be recorded.