The Biden administration has been criticized for immigration developments along the U.S./Mexico border.  On May 3, the Department of Homeland Security provided an update on border conditions.  The update included photos.   Here is an example. 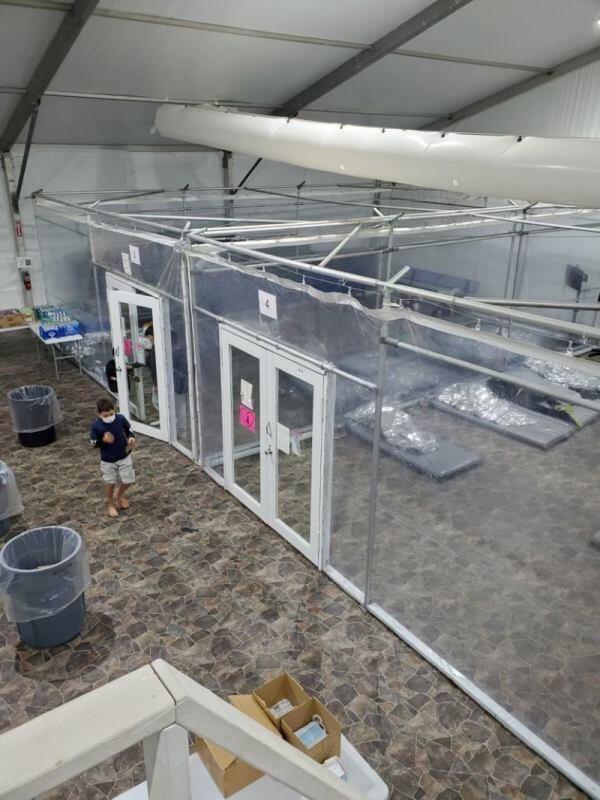 The photo array includes some pictures of detention conditions during the Trump administration.  Judge for yourself whether conditions have improved much.  This picture looks like it could come from a dystopian film.

The infographic states that:

"DHS and HHS were left to rebuild the capacity to shelter and process the children, after having inherited a system that had been entirely dismantled by the prior administration. This infographic demonstrates the tremendous progress that DHS and its partners have made to safely and efficiently transfer unaccompanied children out of CBP custody and into the care of the Department of Health and Human Services."