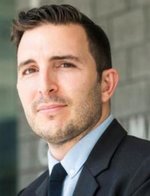 Gest concludes that the research "demonstrates that more immigration is in the best interests of national survival. We should think of immigration policy not just as a humanitarian obligation or a legacy of our past, but actually as a way to secure the country's future."
Increased immigration is one way to sustain current expenses associated with Social Security payments.
KJ