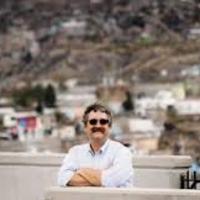 Josiah Heyman is the Director of the Center for Inter-American and Border Studies (CIBS) as well as a Professor of Anthropology at the University of Texas at El Paso. He's the author of numerous articles and books about the U.S.-Mexico border.

I found his article U.S. Immigration Officers of Mexican Ancestry as Mexican Americans, Citizens, and Immigration Police, Current Anthropology, Vol. 43, No. 3 (June 2002), pp. 479-507, particularly helpful in the course of some of my own research (Women of Color in Immigration Enforcement, forthcoming in the Nevada L. J., which will be published later this month!).

Check out the abstract:

U.S. Immigration and Naturalization Service (INS) officers of Mexican ancestry do not identify with Mexican and other Latin American immigrants. Instead, they understand themselves as U.S. citizens who reject both domestic racism and ethnic loyalties that cross national borders. Their self-understandings emerge from processes that include U.S. citizenship ideology and social mobility into primary-labor-market jobs with stability, benefits, and progressive careers. These processes insulate them from the experience of immigrants in casual and insecure labor markets devoid of social benefits. Thus they differ from immigrants not only in being on opposite sides of the bureaucratic encounter but also in being at opposite poles of bureaucratized social citizenship. This suggests that a cause of opposition to immigration in advanced capitalist societies is that citizenship-based job and benefit systems restrict the scope of empathy.