Protagonist of The Infiltrators Speaks Out Against Deportation of Whistleblowers 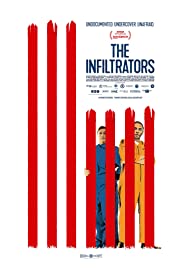 Yesterday I commended the film The Infiltrators to you. As I mentioned in that post, one of the protagonists of the film is Claudio Rojas. And he was deported from the United States soon after the film's release.

Claudio recently penned an op-ed for the Daily Beast. His piece opens with this compelling paragraph:

For the immigration debate in the United States to be meaningful, immigrants themselves have to be able to speak up. We only know about family separation at the border, medical abuse in detention, and worksite raids because immigrants told the truth about what they saw. But some paid a heavy price for their speech. Under the Trump administration, Immigration and Customs Enforcement (ICE) was routinely used as a political weapon, targeting and deporting immigrant activists and those who spoke to the press. This kind of retribution is terrifying. I know—because it happened to me.

Claudio cites work published by The Intercept identifying "over 1,000 cases of this kind of illegal retribution."

He calls for the return of those immigrants who spoke out about their conditions and were deported in response. After all, he concludes: "The first step toward a more just and humane immigration system is to protect immigrant voices."