Immigration Article of the Day: Race, History, and Immigration Crimes by Eric Fish 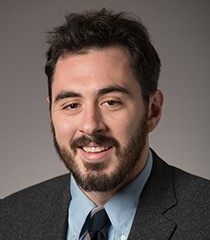 The two most frequently charged federal crimes are immigration crimes: the misdemeanor of entering the United States without inspection, and the felony of reentering the United States after deportation. Federal prosecutors charge tens of thousands of people with these two crimes each year. In 2019, these two crimes comprised a majority of all federal criminal cases. About 99% of the defendants in these cases are nationals of Mexico or other Latin American countries.

These two crimes were enacted into law through the Undesirable Aliens Act of 1929. The legislative history of that Act reveals that its authors were motivated by pseudoscientific racism. They sought to preserve the purity of the white race by preventing Latin American immigrants from settling permanently in the United States. And they spoke forthrightly about this motive. They described Latin American immigrants as “mongrelized,” “peons,” “degraded,” and “mixed blood.” They held hearings where experts in eugenics testified about Latin Americans’ undesirable racial characteristics. They gave speeches about the need to protect American blood from contamination. They described Latin American immigration as a “great race question” concerning invasion by “people essentially different from us in character, in social position, and otherwise.”

This Article thoroughly documents the legislative history of the Undesirable Aliens Act of 1929. It relies on primary sources—speeches, legislative reports, testimony, statements in the congressional record, private correspondences, eugenicist scholarship, and other writings by the men who conceived and enacted the law. The Article shows that this history brings the law into conflict with the Constitution’s Equal Protection Clause. While the crimes of unlawful entry and reentry are racially neutral on their faces, the story of their enactment reveals explicit racial animus against Latin American immigrants. Consequently, they are unconstitutional under the framework established by the Supreme Court in Arlington Heights v. Metropolitan Housing Development Corp. The Article also considers whether these crimes can be defended under Congress’s broad power to enact immigration laws, and whether their pro forma 1952 reenactment purged them of racial animus.