Immigration Article of the Day: Expanding the Geographies of ‘Sanctuary’ and the Deepening and Contentious Nature of Immigration Federalism: The Case of California’s SB 54 by William Arroacha 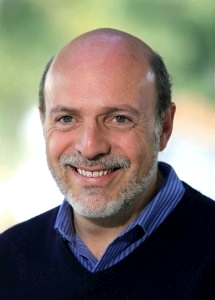 Expanding the Geographies of ‘Sanctuary’ and the Deepening and Contentious Nature of Immigration Federalism: The Case of California’s SB 54 by William Arroacha, GLOBALIZATIONS,

This article examines the concept and practice of sanctuary jurisdictions in the United States, including its secularization through its codification in state and local laws. It traces the political and legal battles that involve the contentious dynamics in the development and expansion of such jurisdictions. The article will highlight and examine California’s Senate Bill 54 (SB-54), also known as the California Values Act. SB-54 was the first state bill to establish a statewide sanctuary jurisdiction expanding the ‘geographies of sanctuary’ beyond cities and counties. It was a bill enacted in response to the most anti-immigrant policies in contemporary U.S. history under the Trump administration. I will argue that the expansion of ‘geographies of sanctuary’ through state laws fosters more inclusive immigration federalism, directly challenging the enforcement of today’s immigration laws considered by many as unfair and inhumane.