From The Bookshelves: The Crate Escape by Brian Robson 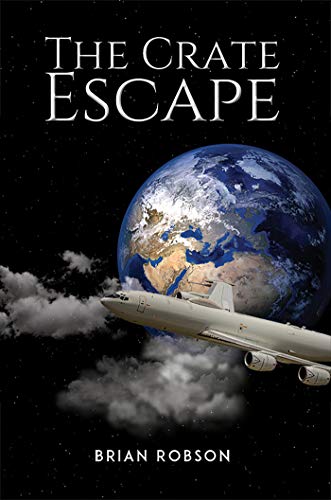 The Crate Escape by Brian Robson is available in kindle format on Amazon. Here's the publisher's blurb:

In 1962, when air-travel was in its infancy, a nineteen-year-old boy who felt trapped in Melbourne, Australia, made up his mind that he was going to return to his homeland in the United Kingdom. He was prevented from doing so by both lack of documentation and the funds required.
Putting an idea to work without the thought of losing his life, he became the first person in history to fly for nearly five days in a crate across the Pacific Ocean.

The Washington Post offered a lengthy write-up on Robson's adventures in flying-as-freight a few days ago. Robson told WaPo that the reason he decided to write about his adventure now was because he's interested in tracking down the two Irish lads he convinced to nail him securely into the crate for shipping.

It's an interesting tale for immprofs across multiple dimensions: why the Welshman went to Australia in the first place (work), why he wanted to leave (working conditions), why he couldn't (work commitment/money/visa rules), and how he sought to bypass all of these problems in shipping himself home as freight instead of traveling as a passenger. Robson's plan went unfortunately awry -- he wasn't shipped directly back to Wales but instead detoured to Los Angeles. And, there, the immigration story gets even more interesting. As WaPo writes: "Robson could have faced charges of illegally entering the United States, he said, but officials instead chose to send him home to Wales, where he had wanted to go all along."

In what is undoubtedly a surprise to no one, Robson has already signed a contract to turn his story into a movie.