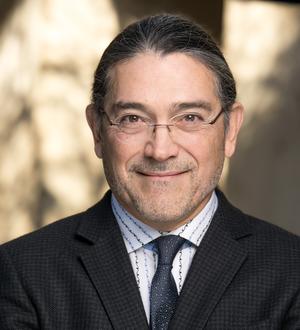 The last few years have demonstrated that the U.S. census' work impacts the distribution of political power and representation among racial minorities. In this context, President President Biden's selection of Robert Santos is significant: he is a leading statistician and the first person of color to serve in the post.

A White House statement explains that Santos is the currently the vice-president of the nonpartisan think-tank the Urban Institute and President of the American Statistical Association. He co-authored a 2019 report warning that the 2020 census could result in the worst undercount of Black and Latinx people in the U.S. since 1990. His specialty areas include undocumented immigrants and other disadvantaged populations, and he has additionally worked on education, health, immigration and refugees, environmental issues, housing discrimination, travel behavior, and elections. Last year, Santos co-chaired the American Statistical Association's task force examining the quality of data collected for the national count and disruptions introduced by the coronavirus pandemic and political interference.

If confirmed, Santos would fill the vacancy left by former Director Steven Dillingham, who resigned after whistleblowers complained that Dillingham was pressuring the bureau to rush a data report on noncitizens that was the subject of President Trump's executive orders that were otherwise being examined in court. He could be re-appointed to a second term at the conclusion of the year, when Dillingham's original term expires.

His online biography notes that Santos has held executive-level leadership positions at the University of Michigan Survey Research Center and at NORC and was a partner of NuStats, LLC, in Austin, Texas. Santos served on panels of the National Academies and is a member of the National Center for Health Statistics Board of Scientific Counselors (2017–20). He also served on the editorial board of Public Opinion Quarterly and held elected board positions in the American Association for Public Opinion Research (AAPOR), the Washington Statistical Society, and the American Statistical Association (ASA). Santos has been elected to be the 116th president of ASA (with presidency in 2021). He has served as AAPOR president (2013–14) and ASA vice president (2015–17). Santos is an ASA Fellow and a 2006 ASA’s Founder’s Award recipient. He was born and raised in San Antonio, Texas and now lives in Austin, Texas, Santos would bring the perspective of a self-described "third generation native Mexican American" to the bureau as it continues to work through how to gather accurate information about the country's residents amid shifting demographics.

"When I fill out the census form, I check the Latino-Hispanic-Mexican American box," Santos said in a 2019 interview with an NPR member station in Texas. "And when it comes to race, I mark 'other' and insert 'mestizo' because that's how I feel about race and ethnicity."