Immigration Article of the Day: Statelessness as Rhetoric: The Case for Revisioning Statelessness in Our Statist World by Francis Tom Temprosa 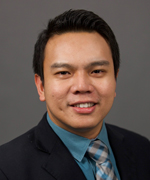 Statelessness as Rhetoric: The Case for Revisioning Statelessness in Our Statist World by Francis Tom Temprosa, 38 Berkeley J. Int'l L. 240 (2020)

This article thereafter proposes that the definition be 'revisioned'. A two- pronged protection framework that recalibrates the definition is suggested. The first prong turns the attention of the definition from formal protection to substantive and functional protection. A determiner of stateless status is allowed to look beyond mere formal protection, encouraging the piercing of the veil of citizenship in certain cases and placing nondiscrimination as a core tenet. The definition should also be tied to the right to nationality. The second prong reorients State responsibilities and duties in statelessness determinations, limiting the discretion of the State and assigning more duties to the international community as a whole. It takes into account the goal-oriented dimensions of the 1954 Convention relating to the Status of Stateless Persons and recommends ways forward to reimagine the concept of statelessness. If a State is allowed to consider who its citizens are and are not, as well as who is entitled to rights under the treaty on statelessness, then the State is more than a determiner of status; it is the giver of status, rights, and even life. The definition has to respond to this reality.