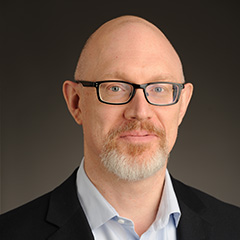 In Hernandez v. Mesa (2020), the Supreme Court for the second time considered a tragic case involving the June 2010 death of Sergio Hernández Güereca, a fifteen year-old Mexican national. Sergio was killed on the Mexican side of the border with the United States, shot by U.S. Border Patrol Agent Jesus Mesa, who was standing in Texas when he fired. The Court granted certiorari to decide whether the Hernandez family could pursue a constitutional tort claim against Agent Mesa under Bivens v. Six Unknown Named Agents of the Federal Bureau of Narcotics, 403 U.S. 388 (1971).

This Essay reviews the history of the Court’s Bivens jurisprudence, and analyzes the Court’s stated reasons for declining to recognize a Bivens cause of action and remedy in Hernandez v. Mesa. Then the Essay explores some of the issues that were clarified by the Court and some important issues that the Court ignored or avoided.

The Court’s decision confirmed that a majority of the justices are willing to reject a Bivens cause of action even if it leaves a plaintiff with no means of judicial redress for plausibly alleged constitutional injuries. The Court also signaled that Bivens is likely to be confined going forward to the precise contexts and constitutional provisions recognized in the original Bivens case (Fourth Amendment search and seizure in an ordinary law enforcement context) and two follow-on decisions also written by Justice William Brennan, one concerning Eighth Amendment claims against federal prison officials and the other concerning employment discrimination in violation of the equal protection aspect of the Fifth Amendment Due Process Clause. But the majority of the Court declined the suggestion of Justices Clarence Thomas and Neil Gorsuch to overrule Bivens entirely.

The Essay next discusses an important issue on which the Court declined to grant certiorari: whether, if Bivens is not available, Congress’s Westfall Act is unconstitutional insofar as it bars previously available state law tort claims and thereby leaves no means of judicial redress for personal injuries historically protected by the common law. Also discussed is the Court’s seeming reluctance in Hernandez v. Mesa to address whether the Constitution provides extraterritorial protection to noncitizens. The Essay concludes with discussions of two key issues the Court has not addressed in Hernandez v. Mesa or other Bivens decisions: (1) Why are injunctions for ongoing or threatened constitutional wrongs treated as presumptively available, even in the absence of clear statutory authorization, while Bivens damages remedies are treated as presumptively disfavored? (2) Why do the same justices who abhor judicial lawmaking under Bivens and in the context of implying rights of action to enforce statutes nevertheless embrace judicial creation of substantive rules of federal common law governing the primary conduct of private persons and government officials?