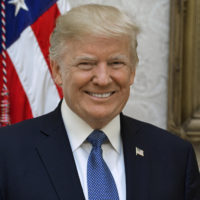 It has been a tumultuous 2021 so far.  In the wake of chaos at the U.S. Capitol, President Trump reportedly will travel to the U.S./Mexico border this week to show off additions to the border wall, one of the main themes of his 2016 presidential campaign.  In his last full week in office, Trump will travel to Alamo, Texas, to mark the construction of 400 miles of the border wall, The Associated Press reported.

On January 5, Acting Secretary of the Department of Homeland Security Chad Wolf released this announcement on the construction of the border wall:

“President Trump took office with the promise to build the wall and secure our southern border - a promise he has kept. From the start, the President listened to operators on the ground and has pushed for funding for physical infrastructure, access roads, lights, cameras and sensors - a full package to secure our border. Today, we are celebrating the 450th mile of new border wall system built under this Administration.