MALDEF Sue ExxonMobil for Discrimination Against DACA Recipients in Hiring 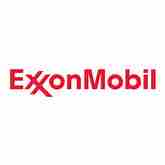 "ExxonMobil unlawfully denied a DACA recipient a job based on his immigration status, according to a class-action lawsuit filed . . . in federal court.

MALDEF (Mexican American Legal Defense and Educational Fund) and William G. Simpson of Tin Fulton Walker & Owen in Chapel Hill, N.C., filed the suit on behalf of Aldo De Leon Resendiz, 22. De Leon is a recipient of Deferred Action for Childhood Arrivals (DACA) and is authorized to work in the U.S. He is suing ExxonMobil Corporation for employment discrimination.

The Texas-based multinational oil and gas company is accused of violating Section 1981 of the federal Civil Rights Act of 1866, which prohibits discrimination in employment contracting based on alienage and national origin. The lawsuit seeks class-action status on behalf of all non-citizens who were legally authorized to work in the United States but were denied employment by ExxonMobil on the basis of their immigration status.

`Instead of recognizing that DACA recipients are tremendous assets to their employers, ExxonMobil chooses to follow an antiquated policy that prevents and deters work-authorized DACA holders from seeking and receiving employment,' said Thomas A. Saenz, MALDEF president and general counsel.  `That policy is discriminatory and unlawful.'

`DACA recipients with work authorizations should not fear unlawful employment discrimination, but rather should be full of aspirations to be employed by the top companies in this country,' said De Leon.  `I am both disappointed and frustrated by ExxonMobil's decision to not honor my work authorization. I look forward to vindicating my rights in court and removing barriers to economic participation for immigrants like me.'

The lawsuit seeks to require ExxonMobil to pay damages, for a declaration that its policy of requiring job applicants to have permanent work authorization violates federal law, and for changes to their policies.

The lawsuit is the seventh filed by MALDEF since 2017 challenging employment policies that discriminate against DACA recipients. MALDEF has filed class-action lawsuits on behalf of DACA recipients who were denied employment in California, New Jersey and Florida.

Since it was initiated in 2012, DACA has provided protection from deportation and granted work authorization to hundreds of thousands of young undocumented immigrants who came to the United States as children.