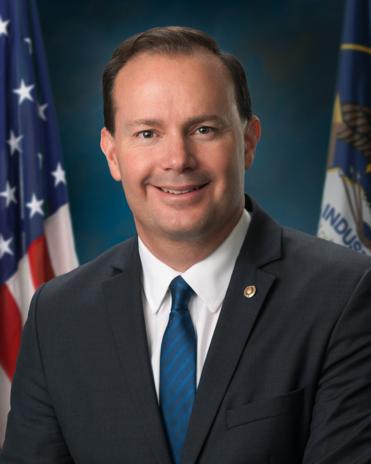 Immigration news (and here) from the U.S. Senate has me a bit confused -- but maybe not.

A bill that Utah Republican Senator Mike Lee pushed through the Senate aims to end what he calls discrimination in the nation’s immigration system while increasing protections for American workers.  The S.386 - Fairness for High-Skilled Immigrants Act of 2019 (and here) was passed by the House in 2019, and was approved by the Senate earlier this week.

The law’s sponsor, Senator Mike Lee, has argued that capping the number of visas that can be issued to a country is “de facto country-of-origin discrimination."  “Because immigrants from countries with large populations are restricted to receiving the same number of visas as immigrants from smaller countries, their wait times have ballooned, in some cases stretching on for literally decades,” he added.  “Few ideas are more central to who we are as Americans than the notion that people should be judged based on their own merits as individuals and not on their race or nationality,” the Utah Republican said.  “This legislation lives up to our founding principles by ending nationality discrimination in our nation’s employment-based green card system,” he said.

The per country ceilings under current law — which Lee has described as “rigid, arbitrary, antiquated, outdated” quotas — limit immigrants from any given country to no more than 7 percent of the total number of visas allocated. As a result, immigrants from nations with large populations have significantly longer wait times to get a green card than do immigrants from smaller countries.

If signed into law by President Trump, S. 386 would do away with per-country caps but only with respect to on employment-based green cards.  The existing caps on family based visas, which create waits of many years, in some cases decades for immigrants from Mexico, India, China, and the Philippines, would remain intact.

I think that Senator Lee has it right on the discriminatory impacts of the per country ceilings.  Kevin R. Johnson, The Beginning of the End: The Immigration Act of 1965 and the Emergence of the Modern U.S.-Mexico Border State, in The Immigration and Nationality Act of 1965: Legislating a New America 11, 11-12 (Gabriel J. Chin & Rose Cuison Villazor eds., 2015).  But shouldn't the ceilings be eliminated for all visa categories, not just employment-based ones?  How can we have -- as we currently do -- the same visa ceiling for Iceland (and its limited immigration demand) and China, India, Mexico, and the Philippines (with much higher demand)?

UPDATE (Dec. 6):  It appears that there is an underside to the Fairness to High- Skilled Immigrants Act discussed here, here, and here.  As Pema Levy for Mother Jones writes,

"The Fairness for High-Skilled Immigrants Act is a longtime priority of Silicon Valley and its large population of Indian nationals, many of who work in the tech industry. The bill would effectively divert almost all available employment-based green cards to people from India for about a decade, easing a painful backlog for the community and helping ensure that US tech companies remain attractive to Indian workers. But critics argue the bill would hurt every other industry that relies on foreign talent, and would come at the expense of immigrants from every other country."

Hat tip to Anil Kalhan for the sources/ Even if the bill has flaws, the criticism of the per country ceilings remains.