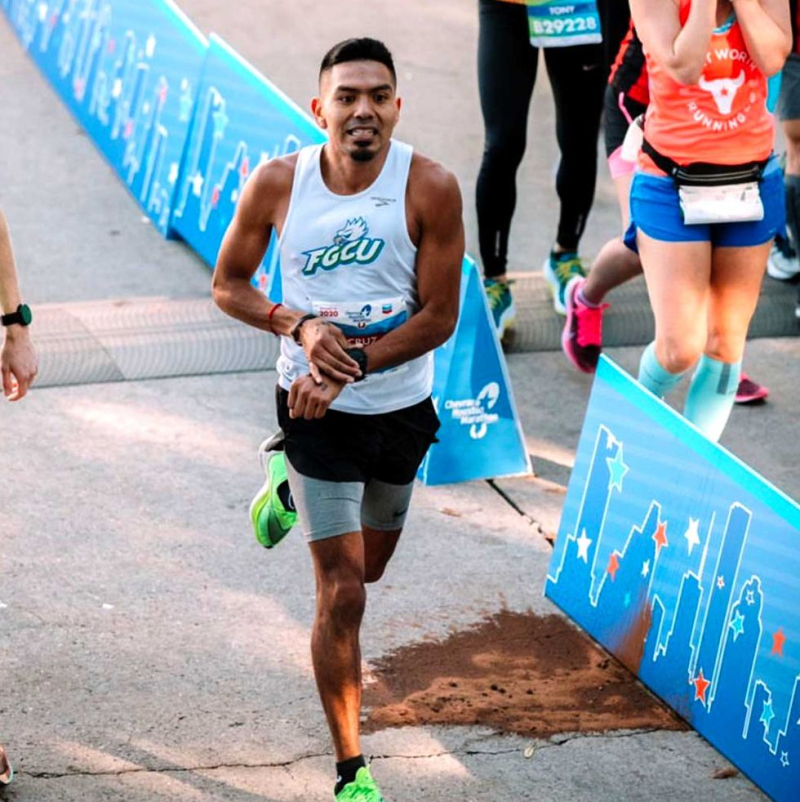 2020 has been a tough year.  In closing out an abysmal time, this series is highlighting some of the year's positive events.

Runner's World reports on what could be viewed as a sad story but, in my estimation, is a story of human endurance and resilience.  And it has a good ending.

When Argeo Cruz, an assistant track and cross-country coach at Florida Gulf Coast University, ran under 2:19 at the Houston Marathon and qualified for the U.S. Olympic Marathon Trials. As he told Runner’s World afterward, it felt like he’d reached the “American dream” his parents had for him when they immigrated to the United States from Oaxaca, Mexico, in search of a better life.

Sadly, Cruz later learned he would be ineligible to participate in the Trials because he is not a U.S. citizen.

When Cruz was 11 years old, he and his mother joined his father in the small town of Immokalee, Florida, where his father was based as a farm worker. Like approximately 700,000 young adult immigrants, Cruz is currently living in the United States through the Deferred Action for Childhood Arrivals (DACA).

President Trump threatened to end DACA,  Like other DACA recipients, Cruz was relieved by the Supreme Court's decision in June rejecting the Trump administration's rescission of the DACA.