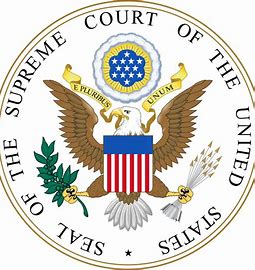 Mark Walsh for the ABA Journal previews three of President Trump immigration-related initiatives before the Supreme Court.. Two have not yet been scheduled for argument and may be mooted if President-elect Biden moves quickly to change policies.

One involves a policy known as Migrant Protection Protocols, in which immigrants from Central America who passed through Mexico to reach the U.S. border have been returned by U.S. authorities to Mexico while their removal proceedings are pending. The other involves a challenge to the Trump administration’s use of some $2.5 billion in Department of Defense funds to build parts of a border wall with Mexico.

A third Trump administration action will be argued before the Court next Monday. The case raises the specter that the outgoing president will be able to put a stamp on decennial census numbers and the apportionment of Congress that could benefit Republicans for a decade.   Trump v. New York raises the question whether the president may exclude immigrants unlawfully living here from the base population number of the 2020 census that is used for the apportionment of seats in the U.S. House of Representatives. Here is Amy Howe's preview of the arguments in Trump v. New York.