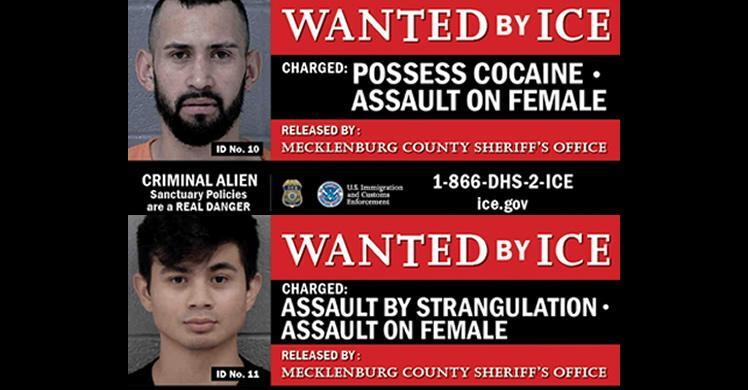 "U.S. Immigration and Customs Enforcement (ICE) launched a billboard campaign today in Charlotte to educate the public about the dangers of non-cooperation policies. The billboards feature at-large immigration violators who may pose a public safety threat. These individuals were previously arrested or convicted of crimes in the U.S. but were released into the community instead of being transferred to ICE custody pursuant to an immigration detainer.

`Too often sanctuary policies limiting cooperation with ICE result in significant public safety concerns because they release dangerous individuals back into the community we are attempting to protect,' said Senior Official Performing the Duties of the Director Tony H. Pham. `ICE will continue to enforce immigration laws set forth by Congress through the efforts of the men and women of ICE to remove criminal aliens and making our communities safer.'” (bold added).
KJ