SCOTUSBlog Symposium: From the travel ban to the border wall, restrictive immigration policies thrive on the shadow docket 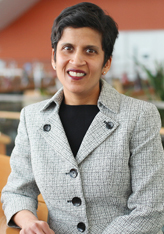 "In just three years, the Supreme Court’s shadow docket has had a profound impact on the American immigration system. In a series of unsigned emergency orders – far removed from the court’s usual deliberate process – the court has overturned the rulings of district judges and allowed the administration to enact exclusionary immigration policies. The number of requests alone and the rate of success for the administration is breathtaking. It is my hope that a new administration will minimize its use of the shadow docket and return immigration policymaking to the realm of legislation, notice-and-comment rulemaking and regular court process."