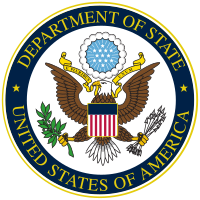 Here is President’s Report to Congress on the Proposed Refugee Admissions for Fiscal Year 2021.  It states, in part, that

"The United States anticipates receiving more than 300,000 new refugees and asylum claims in Fiscal Year 2021. Of that number, up to 15,000 would be refugees admitted through the U.S. Refugee Admissions Program and more than 290,000 would be individuals in new asylum cases.

The President’s proposal for refugee resettlement in Fiscal Year 2021 reflects the Administration’s continuing commitment to prioritize the safety and well-being of Americans, especially in light of the ongoing COVID-19 pandemic. It accounts for the massive backlog in asylum cases – now more than 1.1 million individuals – by prioritizing those who are already in the country seeking humanitarian protection. It also accounts for the arrival of refugees whose resettlement in the United States was delayed due to the COVID-19 pandemic.

The President’s proposal for refugee resettlement in Fiscal Year 2021 reaffirms America’s enduring commitment to assist the world’s most vulnerable people while fulfilling our first duty to protect and serve the American people. " (bold added).

The refugee rights community is not complimentary of the Trump administration's refugee admission numbers, which are the lowest since the passage of the Refugee Act of 1980 and even lower than last year’s 18,000. For example, Philip E. Wolgin, managing director of Immigration Policy at the Center for American Progress, issued the following statement:

"At a time when the number of forcibly displaced persons worldwide is at an all-time high, the Trump administration has once again shown that it is incapable of showing even a shred of national or international leadership. Setting the Presidential Determination for refugee arrivals at only 15,000—lower than last year’s abysmally low target, which the Trump administration did not even meet—makes a mockery of our nation’s great history as a beacon of freedom for those fleeing persecution. For an administration that pays lip service to the rule of law—even as they continually and routinely break it—the fact that they refused to consult with Congress on the Presidential Determination, as they are legally required to do, illustrates the utter lawlessness of the president and his administration. The next administration must immediately reverse this decision and return America back to its bipartisan place as a leader in refugee resettlement."