Immigration Article of the Day: Constitutional and Procedural Pathways to Freedom from Immigration Detention: Increasing Access to Legal Representation  by Aditi Shah 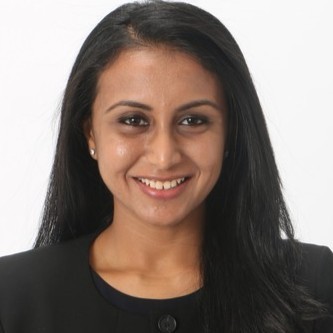 Each day, tens of thousands of noncitizens are caged in immigration prisons and jails across the United States. Locked up and separated from their families and the outside world, detained noncitizens experience the pain and suffering associated with criminal incarceration without any of the same salient procedural safeguards. One of the most crucial missing protections is access to legal representation. Empirical studies show that legal representation makes all the difference in allowing noncitizens to challenge their imprisonment and gain freedom. Yet, the vast majority of detained noncitizens never receive legal representation. As a result, for many people in immigration detention, the only exit options that appear realistic are those worse than detention itself: deportation or death.

Despite legal scholarship arguing for a right to appointed counsel in removal proceedings, comparatively little attention has been devoted to access to legal representation for the specific purpose of seeking freedom from detention. This Article aims to fill that gap by examining two structural pathways to increasing access to legal representation for people seeking release from immigration detention. First, the Due Process Clause of the Fifth Amendment demands a right to appointed counsel for the purpose of challenging detention (the “constitutional pathway”). A direct application of the procedural due process test established in Mathews v. Eldridge and expounded in Turner v. Rogers make immigration detention the natural extension for the right to appointed counsel. While courts have yet to recognize a constitutional right to appointed counsel in criminal bail hearings, the comparative dearth of procedural protections in immigration detention proceedings justify identifying the right in that context. Second, “legal representation” is not limited to each detainee getting her own lawyer: the class action, a device that allows a small group of detained noncitizens to litigate on behalf of a larger group of detainees, is a powerful but underappreciated tool for allowing detained noncitizens their day in court (the “procedural pathway”). Recent developments, specifically Justice Alito’s dicta on the viability of the class device in Jennings v. Rodriguez and debates over whether the immigration statute prohibits classwide injunctions, threaten the existence and efficacy of class actions for seeking freedom. The first, questioning the class device’s viability, mistakenly conflates the flexible nature of due process with the requirements for class certification; the second, doubting the permissibility of classwide injunctions, reveals the risk of undermining the utility of the class device for detained noncitizens if declaratory relief is the only possible remedy.

Immigration detention is unique among the crises currently plaguing the U.S. immigration system. The impact of the coronavirus pandemic on people in detention has only made this problem more apparent. Access to legal representation is crucial to prevent unlawful imprisonment, lessen the economic and human costs of detention, and fight forces of xenophobia and racial prejudice that have for far too long influenced immigration law’s understanding of “who belongs.” In dialogue together, the constitutional and procedural pathways chart two broad solutions, present benefits and limitations, and raise further ideas for roads to a fairer, more just system.