Immigration Article of the Day: Categorical Confusion in Asylum Law by Brian Soucek 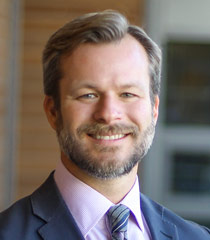 As the Trump Administration keeps introducing new categorical limits on asylum, its opponents have countered that asylum decisions have to be made on an individualized basis. The government, they claim, cannot categorically exclude groups like former gang members or victims of gender-based violence from protection against persecution. Successful as this insistence on case-by-case adjudication has been, it stands in tension with past cases in which groups like nuclear families or gay men were categorically deemed eligible for asylum. The litigation and rulemaking now reshaping asylum law suggest that neither side in the debate fully understands whether, when, and why case-by-case rather than categorical decision-making is required. What seems at first like confusion over procedure actually stems from confusion about the substantive tests being adjudicated: the “social distinction” and, especially, the “particularity” requirements that are currently (mis)used as the primary reason for denying asylum claims, especially those brought by the tens of thousands of refugees fleeing gang and gendered violence. Properly understanding these tests allows us to understand whether they can be categorically applied—either to bar asylum claims or, perhaps in a future administration, to make them possible.