Immigration Article of the Day: Originalism and Birthright Citizenship  by Michael D. Ramsey 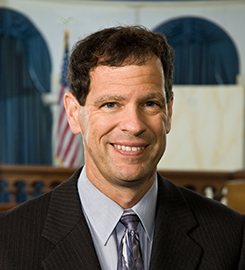 The original meaning of the citizenship clause’s text indicates a broad scope for constitutional birthright citizenship as to both places and persons. At the time of enactment, places subject to the permanent U.S. sovereign authority were considered “in” the United States without regard to whether they were territorially contiguous or culturally integrated into the U.S. political system. In mid-nineteenth-century terminology persons born within U.S. territory were “subject to [its] jurisdiction” unless excluded legally by international rules of immunity or practically by military or political realities.

But these originalist solutions in turn raise a challenge for originalism as a theory of modern constitutional interpretation. There is little evidence that the Amendment’s enactors considered or could have foreseen the modern implications of either question. The United States had no material overseas possessions when the Amendment was drafted and ratified. Restrictive federal immigration laws did not materially take hold in the United States until the late nineteenth century. Application of the citizenship clause thus requires originalism to confront the role (or lack thereof) of intent in modern originalist theory. Modern originalists generally claim to be bound by the original meaning of the text rather than the original intent of the enactors. But in the case of the citizenship clause, the text’s resolution of key questions of its scope appears to be largely accidental. The citizenship clause presses originalism to explain why original meaning should be binding in modern law when it does not reflect the enactors’ policy choices. As the Article will discuss, explanations are available, but they may take originalism away from some of its apparent common ground.