From the Bookshelves: Inventing Latinos:  A New Story of American Racism by Laura E. Gómez 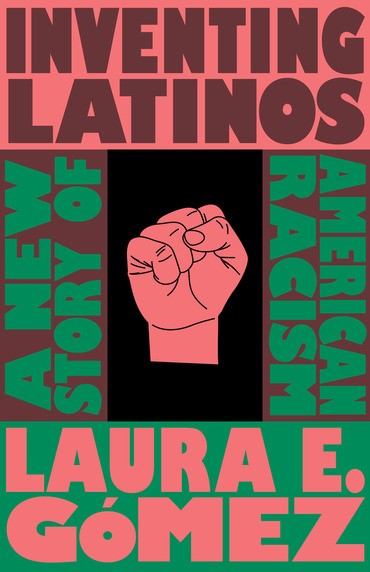 Latinos have long influenced everything from electoral politics to popular culture, yet many people instinctively regard them as recent immigrants rather than a longstanding racial group. In Inventing Latinos, Laura Gómez, a leading expert on race, law, and society, illuminates the fascinating race-making, unmaking, and re-making of Latino identity that has spanned centuries, leaving a permanent imprint on how race operates in the United States today.

Pulling back the lens as the country approaches an unprecedented demographic shift (Latinos will comprise a third of the American population in a matter of decades), Gómez also reveals the nefarious roles the United States has played in Latin America—from military interventions and economic exploitation to political interference—that, taken together, have destabilized national economies to send migrants northward over the course of more than a century. It’s no coincidence that the vast majority of Latinos migrate from the places most impacted by this nation’s dirty deeds, leading Gómez to a bold call for reparations.

In this audacious effort to reframe the often-confused and misrepresented discourse over the Latinx generation, Gómez provides essential context for today’s most pressing political and public debates—representation, voice, interpretation, and power—giving all of us a brilliant framework to engage cultural controversies, elections, current events, and more.