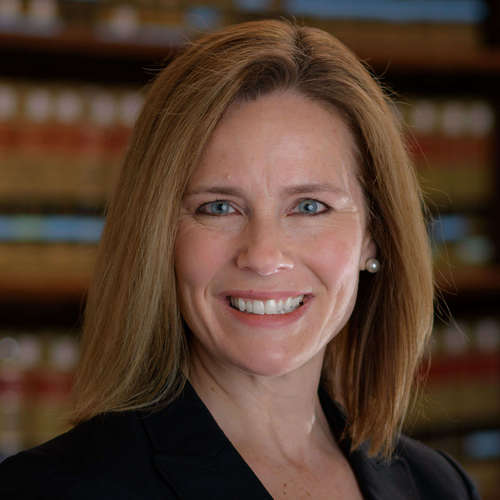 U.S. Court of Appeals for the Seventh Circuit Judge Amy Coney Barrett reportedly is the front-runner for replacing Judge Ruth Bader Ginsburg on the Supreme Court.

Immigration Reform.com reports that, since her confirmation in 2017,

"Barrett has two recent opinions regarding the issue of immigration. She authored the dissenting opinion in the case Cook County v. Wolf in June 2020. The 7th Circuit’s decision temporarily barred the Trump Administration from imposing new rules that would exclude potential immigrants from green cards if they were likely to require public assistance. Barrett’s dissenting opinion supported the Trump Administration’s action and argued that Cook County, Illinois’ definition of public charge was too narrow and was not supported by law. The 2nd Circuit Court subsequently lifted that ban in September 2020.

Before that, Barrett wrote the majority opinion in the 2019 case Yafai v. Pompeo. Barrett ruled that the wife of a U.S. citizen could not challenge the denial of her visa application by a consular officer, who suspected the wife of child smuggling."