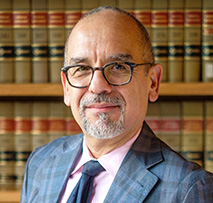 The Supreme Court’s decision in Department of Homeland Security v. Regents of the University of California, invalidating the Trump Administration’s rescission of the Obama-era Deferred Action for Childhood Arrivals (DACA) program, focused mainly on administrative law requirements of reasoned decision-making. Commentary on the case has also focused on that aspect of the decision. But a sleeper issue in the case is the Court’s rejection of the plaintiffs’ equal protection animus claim. Perhaps surprisingly, though, that rejection may well portend a revival of the animus concept that many had speculated the Court would abandon after its primary proponent, Justice Anthony Kennedy, left the Court.

This article considers what the Court’s treatment of the animus claim means for that concept. Part I provides the necessary background, tracing the Court’s engagement with animus from its early appearance in equal protection cases to its borrowing (by Justice Kennedy) into Free Exercise cases, and, with Regents, its return to equal protection. Part II argues that the Court’s very act of engaging the animus issue in Regents is significant, and establishes the viability of animus claims going forward.

Part IV considers the implications of this new connection. For animus doctrine, a new, explicit connection to discriminatory intent methodology places the animus concept on a sturdier doctrinal foundation. The influence of this connection on intent doctrine itself is more mixed, but intriguing. It may be that a new connection with animus will make it harder for equality advocates to prove discriminatory intent, if intent ends up being further suffused with notions of subjective ill-will. On the other hand, if the connection with animus results in a more holistic, less rigid intent inquiry, the way might be open for successful defenses of remedial race-conscious government action.

The connection Regents has drawn between animus and intent raises the prospect of renewing both concepts. But risks remain, and require careful monitoring of the use litigants and courts make of these renewed doctrinal tools.