Immigration Article of the Day: A Doctrine Without Exception: Critiquing an Immigration Exception to the Anticommandeering Rule by Mary Ann F. McNulty 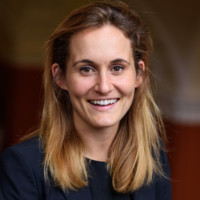 A Doctrine Without Exception: Critiquing an Immigration Exception to the Anticommandeering Rule by Mary Ann F. McNulty, University of Pennsylvania Law Review, Forthcoming

In early 2020, a new circuit split over sanctuary cities emerged. The Second Circuit split from every other circuit when it upheld the federal government’s withholding of federal funds from cities or states that do not cooperate with federal immigration enforcement efforts. This Comment will examine one particular facet of the Second Circuit’s decision — its preservation of the federal statute 8 U.S.C. § 1373 — and argue that this decision has profound consequences for our system of federalism. § 1373 prohibits state and local legislatures from limiting information sharing between state and local officials and federal immigration agents. This Comment will explain how this statute violates a rule known as the anti-commandeering rule, which stands for the constitutional principle that the federal government cannot force state governments to administer or enact federal regulatory schemes. By upholding a federal statute that allows the federal government to control state and local legislatures when deciding immigration issues, the Second Circuit carved out an exception to the anti-commandeering rule based on a federally enumerated right — a position that has never been supported since the Supreme Court first articulated the anti-commandeering rule in New York v. United States. The Second Circuit’s recent decision has profound implications. Not only would it be the first time the anti-commandeering has been given an exception based on a federally enumerated right, but this precedent would allow the federal government free reign over state and local resources, facilities, and even legislatures to further any federal immigration agenda.