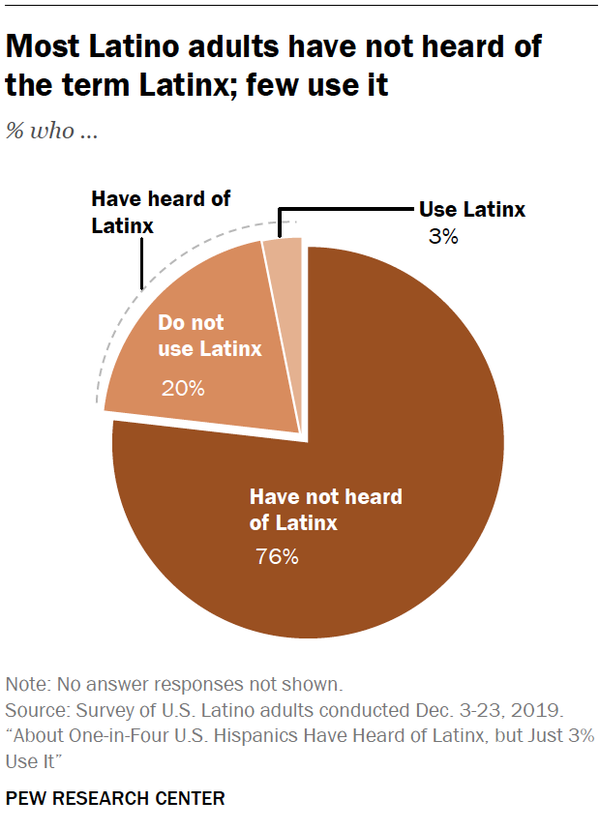 NPR podcast Code switch discusses a Pew Research poll on usage of the term Latinx, a panethnic and gender neutral term to describe persons of Latin American or Spanish descent. It finds that, despite its popularity on college campuses and among young people, the term is not widely known or used in Latin communities.   Only a quarter of respondents have hard of the term and a paltry 3% use it to describe themselves. Even among the younger respondents, 42% have heard the term and only 7% use it to describe themselves. The groups most familiar with the term attended college or were U.S.-born.