Haitian Immigrants in the United States

"The United States is the top global destination for Haitian migrants, who left Haiti in the wake of political instability and a series of natural disasters, including a 2010 earthquake that devastated the country. Haitian immigrants in the United States contribute an important flow of remittances to their country of origin, which is the second largest in the world as a percentage of gross domestic product (GDP). Remittances to Haiti have increased nearly sixfold since 2000." 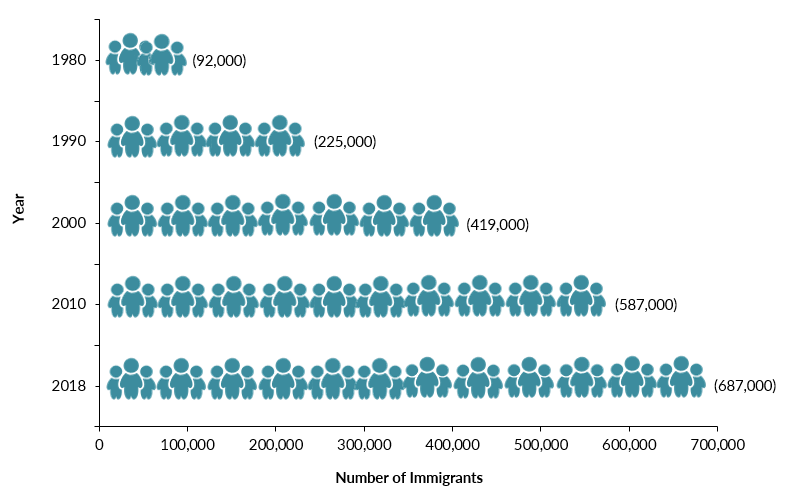 The report includes some interesting facts.  Haitian immigrants account for less than 2 percent of the U.S. foreign-born population, though their numbers increased by 17 percent from 2010 (587,000) to 2018 (687,000). After the 2010 earthquake, which caused hundreds of thousands of deaths and displaced more than 1.5 million people, the U.S. government extended Temporary Protected Status (TPS) to certain Haitians already in the United States, providing temporary work authorization and relief from deportation. More than 55,000 Haitian immigrants have been granted TPS, relief that the Trump administration has attempted to rescind.

Most Haitian immigrants living in the United States arrived before the earthquake, establishing robust communities in Florida and New York, where more than two-thirds live.   The Haitian immigrant population has more than tripled in size from 1990 to 2018 . In 2018, Haitians were the fourth-largest foreign-born group from the Caribbean in the United States, after immigrants from Cuba (1,344,000), the Dominican Republic (1,178,000), and Jamaica (733,000).