Ekene Ijeoma's audio portrait of who counts in America 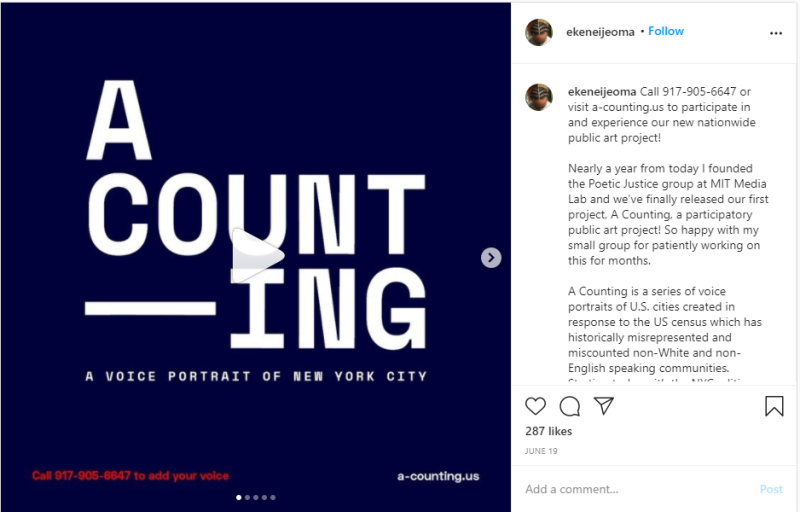 Professor Ekene Ijeoma's A Counting provides an audio portrait of American diversity by splicing together the voices of foreign-born Americans counting to 100 in their native languages. The audio portrait is intended to be a reflection on the 2020 census and how the census has historically undercounted minority communities.

Professor Ijeoma is a first-generation Nigerian American who grew up in Fort Worth and is now a professor at MIT. He says in an interview with NPR that he has been drawn to art and science since childhood and seeks to "bridge the gap between facts and feelings" with his projects. Other projects have included: