17th immigrant dies in ICE custody, twice as many as last fiscal year 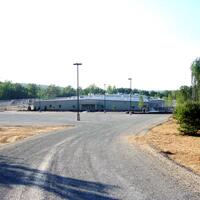 NBC News reports that a 72-year-old Canadian man who had tested positive for the coronavirus died yesterday in Immigration & Customs Enforcement (ICE)  custody.

More than twice as many immigrants have died in the custody of Immigration and Customs and Enforcement this fiscal year than last after two detainees died this week. That brought this year's total to 17, compared with eight deaths last year.

The noncitizen had been detained at a facility in Farmville, Virginia operated by Immigration Centers of America.  According to a story in BuzzFeed News, the Farmville detention center "has the second-highest number of positive COVID-19 tests among immigrant detainees at 290. He had tested positive for COVID-19 before his death, according to a source with knowledge of the matter."

ICE issued a statement about the latest death:

"[He] entered ICE custody April 15 following his release from the Rivers Federal Correctional Institute in Winton, North Carolina, after serving more than 13 years of a 26-year prison sentence. He was convicted in March 2007 for health care fraud and distributing a controlled substance. An immigration judge ordered his removal May 12."