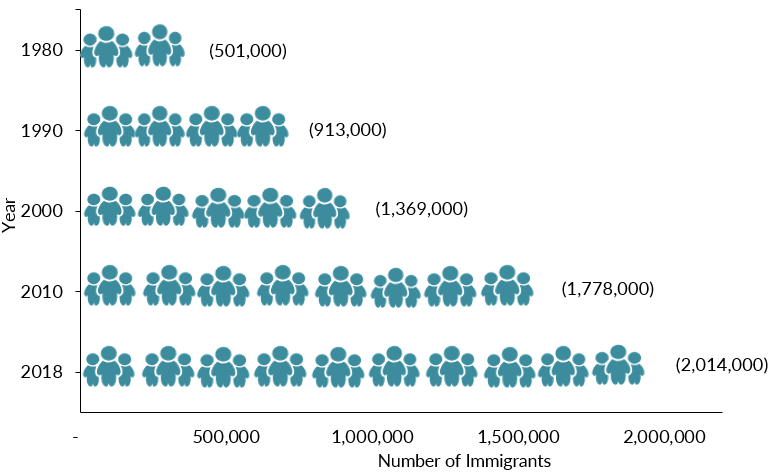 Luis Hassan Gallardo and Jeanne Batalova for Migration Information Source offer an overview of "Filipino Immigrants in the United States in 2018."  They begin:
"Migration from the Philippines to the United States began in the late 19th century and has been driven in large part by longstanding political, military, and educational ties between the two countries, including a decades-long period of U.S. colonization. There have been several waves of immigration, but the pace escalated towards the end of the 20th century. In 2018, just over 2 million Filipinos lived in the United States, accounting for 4.5 percent of the country’s 44.7 million immigrants. This was a quadrupling since 1980, when there were 501,000 Filipino immigrants in the United States. The Philippines was the second-largest origin country for immigrants in 1990 and throughout the first decade of the 21st century but was overtaken by India and China in 2010. Today, Filipino immigrants represent the fourth-largest origin group after the foreign born from Mexico, India, and China." (bold added)
KJ