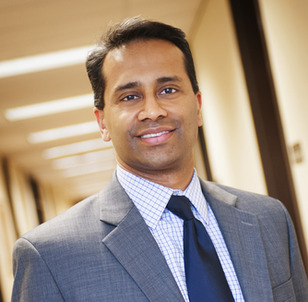 Throughout this current global pandemic, but of course even before, President Trump has advocated enacting restrictive immigration measures. Under his tenure, the Department of Homeland Security (DHS) has assumed enhanced judicial authority and issued decisions that have often adversely affected non-citizens. However, in June 2020, the U.S. Supreme Court struck down one of the DHS’ most well-known initiatives, which sought to end the ‘DACA’ program. The Court held that the agency could not do so unilaterally and had to comply with the requirements set forth in the Administrative Procedure Act.

Yet, there have been other areas where the DHS, particularly through its United States Citizenship and Immigration Services (USCIS) office, has asserted its judicial power. The result has been a ‘turf-battle’ with the Department of Justice (DOJ), which has historically housed the country’s immigration courts and their presiding judges.

One key conflict between the USCIS and DOJ involves whether the latter’s immigration judges can allow undocumented immigrants to apply for ‘U-visas.’ This visa grants non-citizens the opportunity to remain in the country, if they have been: a). victims of abuse, and b). helpful to law enforcement in a criminal investigation. The federal appeals courts are split on this question, with two circuits saying that the DOJ’s immigration judges have this power, while two others have held that the USCIS has exclusive jurisdiction.

The thesis here is that, as between the two, the DOJ’s immigration judges should and do, in fact, possess such authority. But focusing on this U-visa debate highlights a larger structural problem. Immigration adjudicators within both the USCIS and DOJ are, in theory, supposed to be free from political influence. In reality, though, because they serve at the pleasure of executive branch appointees, they must often act in a partisan fashion rather than in a judicious manner.

What is left, therefore, is a system in need of reform. Building upon previous work, this study urges the removal of immigration adjudication from the USCIS and DOJ and creating special Article I immigration courts, in order to check presidential power and ensure that an especially vulnerable contingent of litigants has their rights safeguarded.